UK diagnostics company Owlstone Medical was among winners of a $1 million award that will help develop new devices for patients with idiopathic pulmonary fibrosis (IPF).

Owlstone was one of three winners who will each received $333,333 from the philanthropic organisation Three Lakes Partners and its IPF Catalyst Challenge, which finances research into the disease.

The winners were announced at a ceremony in Chicago on Friday evening.

Patients with IPF develop scar tissue on their lungs for reasons unknown, causing them to become stiffer over time and less efficient.

IPF is an irreversible progressive condition, which usually gets worse over time, with some experiencing a gradual worsening over a few years and some findings symptoms get worse more quickly. 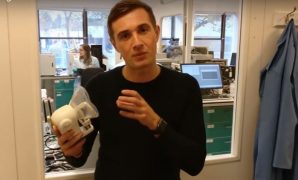 The proven technology will be applied to find volatile organic compounds (VOCs) in breath that could help speed up diagnosis of the disease, and catch it at an earlier stage. This would result in a major improvement for patients by enabling timely treatment and preventing the debilitating loss of pulmonary function.

Owlstone is based in Cambridge and is also working on a cancer breathalyser test.

Billy Boyle, co-founder and CEO at Owlstone Medical, said: “We are thrilled to win this award which recognises the potential of our Breath Biopsy platform for the early detection of IPF. Breath Biopsy is already being used in clinical trials for a wide range of cancers, including lung and colorectal cancer, and recently received a major endorsement by being selected for use in a major clinical development programme for a new GSK COPD candidate.

“In taking this step towards a Breathalyzer for IPF, we look forward to making a similar contribution to finding quality of life solutions for this devastating disease, and continue to work towards our vision of saving 100,000 lives and $1.5B in healthcare costs.”

Advanced Interactive Response Systems (AIRS) was one of the other winners, for a high-quality portable oxygen device including a monitoring system to improve patients’ health.

The third winner, patientMpower is to develop a mobile platform to allow patients to track their disease using integrated monitors.

This includes tests measuring air flow and estimating lung size, and non-invasive methods for monitoring levels of oxygen in the blood.

Level Ex won the audience choice award of $50,000 for a computer program that uses technology from video games to create a ‘virtual patient’.

Doctors can explore rare IPF cases and scans and procedures from a touch screen using a mobile app.

The IPF Catalyst Challenge was created by Three Lakes Partners to engage innovators and entrepreneurs in the tech, healthcare, and scientific research communities to research in the disease.

It is one of the largest healthcare competitions in the US, and the first time a cash and incentive purse of this magnitude has been put in place to help people with IPF.