UK pharma calls for increased NHS funding ahead of election

The UK’s pharma trade body has, for the first time, set an investment target for the National Health Service, saying that it is key to secure the future of the life sciences industry as well as improving patient care.

The Association of the British Pharmaceutical Industry (ABPI) published a general election manifesto at its annual conference ahead of the vote at the beginning of June, saying the lack of investment in health and innovative drugs sends the wrong signal to big international pharma companies.

At the conference, the ABPI’s chief executive, Mike Thompson, said the election presents an opportunity for it to influence political leaders, as the UK heads towards Brexit and at a time when the performance of the NHS has come under scrutiny.

The first priority for the government should be to “secure a world-class NHS for patients”, according to the ABPI’s manifesto.

In the manifesto, the ABPI pointed out that the UK spends a total of 9.9% on healthcare, placing it sixth out of the G7 nations for healthcare investment, with only Italy spending less.

Investment in the NHS should be increased to 11.3% of GDP by the end of the next Parliament, the ABPI said, the first time it has set such a target.

This equates to another £22 billion a year, the conference heard, where Thompson called for the NHS to listen to patients when shaping policy.

“If you put the patient at the centre of any decision, you won’t go far wrong,” he said. 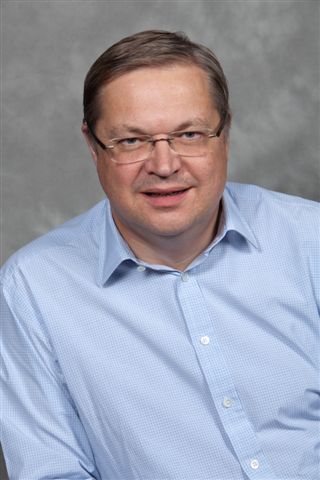 Also in the ABPI’s election manifesto is a new voluntary Pharmaceutical Price Regulation Scheme (PPRS) which comes up for renegotiation next year.

This should be integrated into the work of cost-effectiveness body NICE, and a £20 million budget impact threshold should be reversed.

This threshold, introduced at the beginning of the month, will require pharma companies to renegotiate on price should sales exceed £20 million in any of the first three years that a medicine is on the market.

This sends the wrong signal to global pharma companies, Thompson said. “This issue won’t go away and we are looking to bring forward alternative solutions.”

NHS performance should also be independently assessed, and it should invest in infrastructure to enable collection, access and use of real-world trial data.

As a single provider of care, the NHS is in a unique position to collect and record patient data throughout their lives. These could be backed by regional health data hubs.

Thompson said: “It is a terrific opportunity, and the NHS is well set up to take advantage of that. That is going to take investment and the sort of investment the government is prepared to put forward is a signal to the rest of the world.”