Teva has finally appointed a new CEO, with Lundbeck’s Kare Schultz taking over after a seven-month search.

The Israel-based pharma, and world’s biggest generics firm, had been searching for a permanent successor to Erez Vigodman, who stepped down in February after a series of setbacks.

Teva’s chairman, Yitzhak Peterburg, will continue to serve as interim CEO until Schultz joins the company.

Described by Teva as a “seasoned veteran” of the pharma industry, Schultz is currently CEO of Lundbeck and has held a board-level position at Novo Nordisk.

Teva is struggling with a number of problems, including integrating the former generics business of Allergan following last year’s $40 billion merger.

While the generics side of Teva has structural issues to resolve, Schultz will also have to contend with dwindling sales of the firm’s branded drugs business, where blockbuster multiple sclerosis drug Copaxone faces generic competition.

Teva noted that Schultz has already turned around Lundbeck’s business, cutting costs and returning the company to profit. 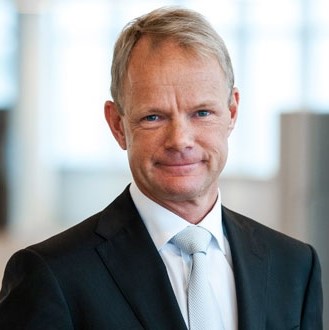 He was previously seen as the heir apparent at Novo Nordisk, where he was chief operating officer, but stepped down in 2015 to take the Lundbeck job.

Lundbeck said in a separate statement that Schultz has resigned, along with chief commercial officer Staffan Schuberg, who as coincidentally left to join a privately-held company as CEO.

The process of replacing both executives has now begun and the company’s board said the strategic direction of the company will remain unchanged.

Schultz said that he had been “extremely happy” as CEO of Lundbeck. But he added: “I just got an offer that I couldn’t refuse, being CEO at one of the biggest pharmaceuticals companies in the world.”

AstraZeneca’s Pascal Soriot had been strongly linked with the vacant Teva job, along with a $20 million signing-up bonus, but decided to stay on and try to revive the fortunes of the Anglo-Swedish drugs firm.

Shares in Lundbeck fell more than 12% on the Copenhagen stock exchange following the news, while Teva’s went up almost 13% on the Tel Aviv stock exchange.

Bridging the gap between pharma and the NHS in MS