Stanford University School of Medicine is using an app developed on Apple’s ResearchKit to improve treatment of Peripheral Artery Disease.

Peripheral Artery Disease (PAD) is a condition of the circulatory system characterised by the build-up of plaques in the peripheral arteries, most commonly in the legs. The condition leads to acute cramping and pain while walking or using stairs.

Treatments are aimed at reducing pain as well as reducing the chance of heart attack or stroke associated with blocked arteries.

The condition currently affects around 12 million people in the US.

“We hope to gain insights into patterns of disease progression over time by collecting participants’ activity data from their iPhones,” said Dr. Oliver Aalami, clinical associate professor of vascular surgery and lead investigator of the study. “We will be looking for any changes in activity patterns that may indicate disease advancement.

The study is looking to recruit between 2,000 and 5,000 participants through the VascTrac app and will measure the greatest distance that participants can walk without stopping, as well as the effects of any treatments – such stents or balloons to increase blood flow – on activity levels. 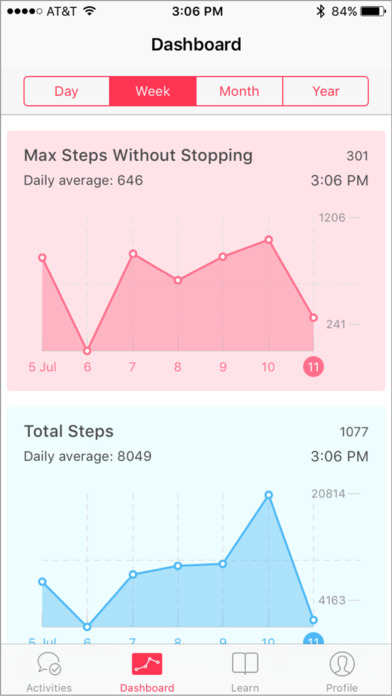 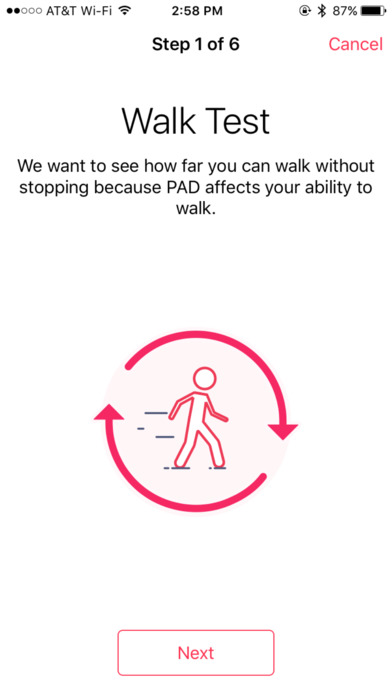 The VascTrac app will measure aspects such as total steps and maximum steps taken without stopping to get a better idea of symptom onset.

By measuring activity levels, researchers are hoping to clarify exactly when further intervention is needed, potentially speeding up the follow-up process and therefore increasing the chances of successful treatment. Typical follow-ups are scheduled either three, six or 12 months post-operation, meaning there is a lot of time for activity levels to change without doctors knowing.

“Endovascular procedures such as balloons or stents in the iliac or femoral arteries are minimally invasive procedures that allow patients to go home the same day, and they work well, but are not that durable,” Aalami said. “The issue is that within a year or two, 60% of them fail because patients develop scar tissue. We’re not perfect at predicting who is going to have problems, and catching them early when these stents do go down would be the Holy Grail. It’s much easier to fix earlier.”

The app allows people with PAD and healthy individuals to participate in the study as a means of creating a control group. Total steps, the number of stairs climbed and distance walked will all be specifically measured.

ResearchKit has already been used in various studies since its launch in March 2015, many of which Stanford has been involved with. Its MyHeart Counts app accrued over 40,000 participants within a couple of months of its release.

Apple’s open source framework is now attracting pharmaceutical industry interest, thanks to its ability to attract large numbers of study participants and data in record time, compared to traditional methods.

In July, GlaxoSmithKline released what was believed to be the first-ever pharmaceutical study built using ResearchKit with its PARADE app. The app tracks activity levels and quality of life of people with rheumatoid arthritis.