Sir Andrew Witty to retire as GSK CEO next year

GlaxoSmithKline (GSK) has announced it is to begin searching for a successor to CEO Andrew Witty, who will retire in just over a year's time. 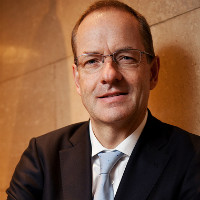 Witty has told GSK's board that he intends to retire in early 2017 and the board has agreed he will retire on 31 March 2017.

GSK will consider internal and external candidates in the search for a successor, the company said.

Witty and chairman Sir Philip Hampton both emphasised the importance of sticking to GSK's strategy, which will include selling high-volume products in emerging markets.

This strategy followed an asset swap with Novartis last year, which saw GSK take control of most of the Swiss drugmaker's vaccines, while the UK-based company offloaded most of its cancer drugs. GSK also gained a joint share in a new OTC and consumer business.

Witty said: "By next year, I will have been CEO for nearly 10 years and I believe this will be the right time for a new leader to take over.

"In making this decision it has been important to me that the board have the time to conduct a full and proper process and that we sustain the momentum of our current business performance, capitalising on the very significant progress we made last year to strengthen the group."

Shares in GSK held steady on the London Stock Exchange in early morning trading, at around 1,410p.

GSK also announced non-executive directors Sir Deryck Maughan and Dr Stephanie Burns will not stand for re-election in May.

Professor Sir Roy Anderson and Dr Jesse Goodman have been appointed members of the Corporate Responsibility Committee with effect from 1 May.

Sir Philip Hampton said the changes "follow the usual cycle of board refreshment".