It’s estimated that almost one in five people with asthma find it difficult to control symptoms using current therapies, while around 4% have particularly severe forms that puts them at risk of life-threatening attacks.

The three-year project – led by respiratory medicine expert Dr Timothy Hinks from the Oxford University Respiratory Medicine Unit – will use whole-genome sequencing of around 500 patients with severe asthma, comparing their gene sequences with control subjects who don’t have asthma.

The partners will also examine the transcriptomes of around 60 participants – in other words the messenger RNA coded for by genes that in turn is used to produce proteins – and carry out bioinformatic analyses to tease out new pathways involved in asthma.

Sensyne is contributing its machine learning expertise and analytical tools to analyse the complex genetic, phenotypic, and electronic patient record data that will be generated in the study, in the hope of identifying targets that may be suitable for drug discovery. 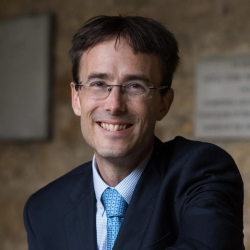 According to Hinks, “we still don’t understand the causes of asthma, because in the past the scientific tools just didn’t exist.

“Now we’re at a point in history that we can use tiny samples from the airways of volunteers and study individual cells in incredible detail measuring how each gene is controlled, one cell at a time,” he added.

Asthma affects 1 in 12 adults in the UK – and around 350 million people worldwide – and severe forms of asthma have a major impact on people’s lives with time off school and work, and hospital admissions.

The disease claims around 400,000 lives a year, despite a wide array of drug treatments including powerful biologics that can dampen down the inflammation in the lungs that leads to breathing difficulties in asthmatics.

A major problem is that the disease is so varied, with different biological and clinical manifestations. Greater understanding of the disease process has already yielded some targeted therapies, including drugs for people with asthma associated with high levels of white blood cells called eosinophils.

Sensyne will own an intellectual property that emerges from the project, and will pay royalties to Oxford University if it results in any commercial products.