AstraZeneca (AZ) has poached Sean Bohen from Genentech to take the lead role in late stage development of its pipeline drugs.

Sean Bohen MD, PhD is currently senior vice president of early development at San Francisco-headquartered Genentech, where he led the early development of drugs, including ocrelizumab in multiple sclerosis and Xolair in severe asthma. 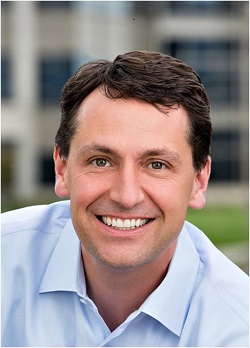 The role is a step up for Bohen, who currently serves under Genentech’s R&D leaders Sandra Horning and Michael Varney, and takes up his new post on 15 September.

The new position will also be a return to later-stage development work for Bohen, taking on the vital role of driving AZ’s small molecules and biologics candidates through late-stage development and up to regulatory approval.

AZ is depending on its pipeline delivering a wave of new hit medicines, after a long string of late-stage failures and many blockbuster drugs going off patent.

The UK-headquartered company has to convince investors that its decision to spurn Pfizer’s £69.5 billion ($116 billion) takeover bid last year was a good one. It says its pipeline can help it more than double revenues by 2023, but many analysts doubt if this can be achieved.

The firm has more than doubled the number of potential medicines in its late-stage pipeline since 2012, and says it aims to launch six new medicines in oncology alone by 2020.

Bohen has experience in late-stage drug development in oncology and immunology, particularly useful in regard to the firm’s immuno-oncology pipeline, centred around its PD-L1checkpoint inhibitor, durvalumab (MEDI4736).

Over the last year, AZ has gone into overdrive in establishing lots of new collaborations in immuno-oncology, hoping to catch up with leaders Bristol-Myers Squibb and Merck, whose respective checkpoint inhibitors Opdivo and Keytruda are already on the market.

Prior to joining Genentech, Dr Bohen was a Clinical Instructor in Oncology at Stanford University School of Medicine, a research associate at the Howard Hughes Medical Institute and a postdoctoral fellow at the National Cancer Institute.

Bohen played a key role in bringing a large number of new medicines to market, in particular for cancer, including Genentech/Roche’s breast cancer drug Kadcyla.

He also led activities to incorporate diagnostics into clinical programmes, an increasingly important aspect of cancer care as medicines become more personalised and focused on gene and molecular targets.

One such drug is AZD9291, a new lung cancer treatment, which the company recently filed with US and European regulators.

Bohen will re-locate from California to the US east coast, where AZ’s biologics division MedImmune has its research base in Gaithersburg, Maryland.

The firm is currently in the process of relocating its global headquarters and R&D centre to Cambridge in the UK, which it will complete by next year.