Scott Gottlieb is set to be announced as President Trump’s nomination for FDA commissioner – an appointment that pleased industry, but worried commentators who are concerned about his close links with pharma.

Trump’s press secretary Sean Spicer said in a tweet on Friday that the president wants Gottlieb to succeed Robert Califf, an Obama appointee who stepped down at the end of the previous administration.

As with so many of Trump’s nominees for senior positions, Gottlieb has a number of potential conflicts of interest, not only being a consultant to the pharma industry, but also investing in it.

These links may see Democrats attempt to block his confirmation as Commissioner.

In an interview with the New York Times, Daniel Carpenter, a professor at Harvard Unversity and FDA expert, said Gottlieb is “the least problematic of a very sorry pool of candidates.”

But he added that if Gottlieb were confirmed “he would be the most interest-conflicted commissioner in American history, by far.”

Trump has vowed to shake up the FDA, criticising the regulator for standing in the way of patients gaining access to badly-needed drugs.

.@POTUS has announced his intent to nominate Scott Gottlieb as next Commissioner of the FDA

There had been widespread concern that Trump will opt to lower the bar for efficacy of drugs.

As with other appointees, all eyes will be on Gottlieb to see if he can pursue a rational programme independently of Trump, or if he will try to follow the president’s sketchy plans for a revolution.

Among those apparently shortlisted for the job, Gottlieb is the most conventional nominee – as others apparently in the running had limited or no direct experience in medicine or at the FDA.

Another figure mooted for the role was Silicon Valley investor Jim O’Neill.

O’Neill has advocated relaxing efficacy standards for drugs, with approvals based more on safety standards rather than efficacy.

But this threat has now receded with the appointment of Gottlieb, who has advocated reforms for approvals of generics.

Gottlieb is well known outside regulatory circles, thanks to his media presence, including a blog on Forbes.  His last post was in November and attacked Obamacare – a political position which FDA Commissioners usually steer well clear of.

However Gottlieb hasn’t posted any new commentaries since then, probably mindful of keeping his counsel and not inflaming any opposition to his potential appointment.

Gottlieb is likely to push for faster approvals of generic drugs in particular – as set out in a blog in January 2016.

In addition, he is though to favour a special unit focused on expediting development and review of orphan therapies. 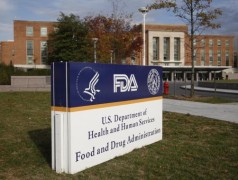 Will Gottlieb follow up on Trump’s promise of a bonfire of regulations?

One eye-catching initiative suggested by Gottlieb is the publication of the FDA’s Complete Response Letters – the rejection letters that the regulator is legally prevented from publishing.

Some observers have criticised drug companies for failing to properly disclose the details of these letters, calling for more transparency in the regulatory process.

Gottlieb is resident fellow at the American Enterprise Institute, a conservative think tank, and an independent member of GlaxoSmithKline’s product investment board.

He is also an adviser to clinical trials tech firm MedAvante, the cancer biotech Gradalis, and Vertex, among a long list of currently-held posts.