Inflexible reimbursement is the most significant barrier to greater adoption of precision medicine, according to delegates attending a biotech conference.

A straw-poll of those attending the FT Global Pharmaceutical and Biotechnology Conference late last week showed that reimbursement and “value proposition” – pharma-speak for issues with drug pricing – is providing firms with the biggest headache when it comes to getting precision medicines to market.

Of those surveyed, 37% listed reimbursement as the most significant barrier to accelerating the widespread adoption of precision drugs.

Integrating genomic and other patient data into clinical care was another issue listed as a barrier to market access, top of mind for 30% of delegates.

Meanwhile sharing data and uptake of companion diagnostics were far less likely to be issues, cited by just 13% of delegates.

And only 7% of delegates cited regulation as a barrier to access for precision drugs.

Reimbursement and integrating data are seen as the biggest barriers to the adoption of precision medicine by the audience at #FTPharma. pic.twitter.com/0sSI2Q1Nf2

Lorenz Mayr, chief technology officer at GE Healthcare Sciences, observed that marketing CAR-T therapies and further downstream, could make or break the reputation of pharma in the eyes of the public.

He said: “Pharma has been challenged with a task and what it wants to do with respect to CAR-T. It will be very interesting to see how the field emerges – gene editing, CAR-T and the like.”

The issue was brought into focus following a poll the day before, which highlighted the need for precision medicines in Alzheimer’s disease.

An overwhelming 72% of delegates said that biology of the disease is still poorly understood, preventing pharma from developing targeted therapies that could slow or reverse disease progression.

Only 23% of delegates cited patients being treated too late as a barrier to new Alzheimer’s drugs, while tools for measuring clinical effect were a concern for just 5% of those voting. 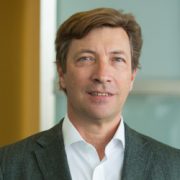 Incyte CEO, Herve Hoppenot, noted that in cancer, precision medicine had arisen from a similar problem with understanding of the disease.

But the availability of tumours had accelerated development of targeted therapies – perhaps explaining the lag in producing more precision therapies in fields outside oncology.