Regeneron and Bayer have axed development of an ophthalmology combination therapy, saying it does not have sufficient potential to warrant late stage development.

The companies were trialling the angiopoietin2 (Ang2) antibody nesvacumab in combination with their already-marketed Eylea (aflibercept) – but phase 2 results came up short.

After the huge success of Eylea over the last few years, the companies have been jointly developing the combination under a global collaboration agreement.

Eylea is outselling Novartis’ rival eye drug Lucentis (ranibizumab), generating just over $1.5 billion for the companies in Q3 in a deal where Bayer gets a share of ex-US profits.

This compares with sales of $481m for Lucentis, which is in steep decline because of competition from Eylea.

But Novartis plans to file its next-generation eye drug, brolucizumab next year after it won out in a head-to-head trial with Eylea.

Phase 3 data published in June show brolucizumab can match the efficacy of Eylea, but as an injection given just four times a year, instead of every eight weeks.

Regeneron and Eylea were hoping that the combination would provide an answer to this upcoming threat, but it looks like they will have to go back to the drawing board because of the disappointing results.

The RUBY and ONYX trials evaluated two different doses of nesvacumab in combination with aflibercept, both administered as a single co-formulated intravitreal injection, as well as aflibercept monotherapy.

The primary endpoint for both trials was change in best-corrected visual acuity (BCVA) between week 12 and 36 as measured by the Early Treatment Diabetic Retinopathy Study (ETDRS) letter score. 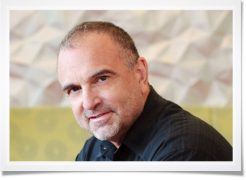 Regeneron’s chief scientific officer, George Yancopoulos, said: “We knew from the start that it would be difficult to improve on the already high bar set by Eylea, which is the market-leading branded therapy in its approved indications, providing significant improvements in vision and strong long-term outcomes in patients with wet AMD and DME.”

Yancopoulos noted Regeneron and Bayer are now awaiting results from a trial of Eylea in diabetic retinopathy, an indication that could further boost sales.

Results from the trials will be further analysed and submitted for presentation at a future medical conference.