Earlier this week, Reckitt Benckiser (RB) made good on its promise to spin-out its pharmaceutical business into a new speciality drugmaker – to be called Indivior – that should be listed on the London Stock Exchange before the end of the year.

pharmaphorum caught up with Indivior’s CEO-elect Shaun Thaxter – who has been running the pharma division at RB since 2003 – ahead of today’s investor meeting to showcase the company’s long-term prospects as an independent pharmaceuticals business post-demerger.

“We have clear priorities for 2015,” he said, noting that much of the effort in the coming quarters will be devoted to bringing forward the company’s portfolio of addiction therapy candidates, which he described as “the largest addiction pipeline in the world”.

These include new-generation products for opioid addiction, rescue therapies for cocaine and opioid analgesic overdose as well as a treatment for alcohol dependence. 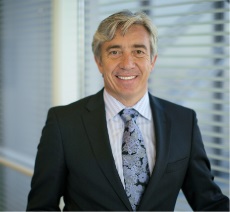 Thaxter said the company will face some near-term pressures in terms of revenues and income as a result of competition to its top-selling Suboxone (buprenorphine and naloxone) brand for opioid dependence, which generates nearly all of its revenues at the moment.

Prescription volumes for the product have been growing in the US, its biggest market. However, the combination of downward pricing pressure, a reduction in market share thanks to new generic rivals and the withdrawal of a sublingual tablet formulation of the drug earlier this year on child safety grounds, have taken their toll.

RB has continued to sell a sublingual film formulation of Suboxone after the tablet version was withdrawn from sale, although this, too, has come in for competition from Orexo’s Zubsolv and BioDelivery Sciences’ Bunavail brands. Actavis is also trying to enter the market with a sublingual product, but is being sued by Orexo for patent infringement.

Discussing the pipeline in more detail, Thaxter noted that the nearest to market is an intranasal formulation of naloxone that will be used to treat opioid overdose and could address a significant public health challenge by allowing life-saving intervention early on in these cases.

“The idea is to take opioid overdose treatment out of the emergency room and into the pockets of first responders”, such as ambulance crew, police officers or firefighters, he said.

Following after is a once-monthly injectable buprenorphine depot that could potentially transform the way heroin addiction medicine is practiced, according to Thaxter.

“At the moment, patients have to decide every day whether to stay in treatment – that’s 365 dosing decisions every year – and we can reduce that down to 12.” The product is injected subcutaneously and forms a gel pellet that breaks down slowly over the course of a month. It has completed phase II trials and should start pivotal trials next year.

Aside from the benefits in terms of clinical benefits and compliance, the formulation is “community-safe”, in other words it reduces the chance that the medicine will be diverted for illicit use, which will be a draw for doctors and payers alike.

“It’s important to remember that 100 per cent of our patients have abused opioid medication before treatment and some divert it, so our responsibility as a company is to protect both the patient and community from the potential harm that can be caused by abuse and harm.”

A similar philosophy underpins Indivior’s new buprenorphine product based on a prodrug – called buprenorphine hemiadipate – which means it can be formulated into a swallowable rather than a sublingual tablet.

This means the drug is easier to take and, importantly, can be formulated with abuse-deterrent technologies, restricting the chances of it being crushed into a powder to be snorted or dissolved in water for intravenous injection.

While these are all important new products from a clinical perspective, the biggest commercial opportunity will probably come from Indivior’s alcohol dependence treatment arbaclofen placarbil, said Thaxter, who added that there are thought to be around 120 million people around the world suffering from alcohol dependence.

This product – licensed earlier this year from XenoPort – is in phase II testing and scheduled for launch in 2020. Early indications are that it can suppress alcohol cravings, reduce alcohol intake and potentially help maintain abstinence in alcohol dependent people.

While new agents such as Lundbeck’s Selincro (nalmefene) are already available to help reduce alcohol consumption in high-risk drinkers, the scale of the problem means there will be opportunities for multiple players. “We think our product will be applicable to the moderate-to-severe patient,” he told pharmaphorum.

Thaxter also said that, as an independent company, Indivior will be actively looking for opportunities to expand its pipeline in the addiction arena with technologies applicable to alcohol, cocaine, methamphetamine and cannabis dependence, among others, as well as areas “adjacent to addiction” in neurology or psychiatry.

While Indivior will face some financial pressure from Suboxone competition as it brings the pipeline forward, he is confident that the new company will have the necessary cash flow to take advantage of licensing opportunities that present themselves in the coming quarters.

“We also intend to continue to sustain and invest in our commercial model,” he added, noting that the company’s large and loyal salesforce – two thirds of whom have been with the company for five years or more – will help it make the most of its new products once approved.

With 80 per cent of revenues now coming from the US Thaxter will also be spearheading a major push into markets elsewhere in the world.

While the pharma unit already considers itself to be global – with operations in the US, Canada, all of Europe, South Africa, Indonesia, Malaysia and Australia – it plans to continue to expand its geographic ‘footprint’, said Thaxter.

To that end, Indivior is already in the process of starting trials in China with a view to launching sublingual Suboxone in that fast-growing market.

“We’ve got a business here that has a strong track record and has already survived a number of environmental challenges over the last 12 years,” concluded Thaxter.

“We will create value for shareholders more successfully once spun out of our parent.”