People with rare diseases are missing out on new treatments because of lack of co-ordination on pricing and reimbursement in Europe, according to a leading campaigner.

EURORDIS, the European Organisation for Rare Diseases, is an umbrella organisation representing hundreds of rare conditions, and held a two day symposium last week, ahead of today’s Rare Disease Day.

The meeting focused on overcoming barriers to greater access, including the major bottleneck of different pricing and reimbursement decisions in each European country.

“Today, European authorisation of an orphan medicine is given at EU level. But decisions on whether medicines should be paid for are made nationally,” said Yann Le Cam, Chief Executive of EURORDIS. 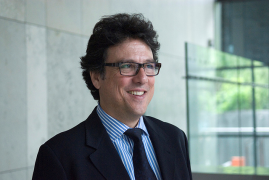 “These assessments, disconnected from each other, do not produce a rational outcome,” added Mr Le Cam.

“A huge lack of time, money and consistency can be overcome with a more collaborative approach at the EU level. The common objective should be more, better, cheaper treatments that reach the patient faster.”

A recent example of this delay to access was in England, where patients with the rare Morquio Syndrome had been denied access to a new treatment, BioMarin’s Vimizim (elosulfase alfa).

Vimizim was approved across Europe by the EMA in April 2014, but funding for its use in England’s NHS is only now been secured.

There are just 88 people in England with the condition, which causes a progressive deterioration of mobility and health, with sufferers rarely living beyond their 20s. Vimizim offers life-changing improvement for children with the condition, but comes at a very high price – just under £395,000 per patient per year in the UK.

EURORDIS says it is working with stakeholders to find a more effective way to “address value determination, appraisal, and pricing and reimbursement” of orphan medicines to improve access to rare disease therapies throughout Europe.

Over 7,000 rare diseases have been identified, but in only 4% of these is there a treatment currently available. The vast majority (70%) affect children, and 80% are caused by genetic mutations.

The good news for rare disease patients is that increasingly understanding of the genetic causes of disease means that more and more new drugs are being developed.

Commenting on this, Yann Le Cam said: “Nevertheless, rare disease treatments are not being developed and accessed quickly enough. Scientific innovation cannot be disconnected from access to medicines. If an innovative medicine is approved but does not reach all of the patients who need it, it fails in its primary objective.”

The EURORDIS Multi-Stakeholder Symposium on Improving Patient Access to Rare conference brought together representatives from industry, patient groups, academia, health-technology-assessment bodies, regulators and payers to discuss how to improve patients’ access to the therapies across Europe.

One of the most pressing problems is speed of diagnosis: the average rare disease patient receives three misdiagnoses, and waits four years before they receive a final diagnosis.

EURORDIS has pledged to put forward a set of proposals to be explored to improve patients’ access to rare disease therapies.

Some EU nations have already signalled their intention to merge their decision-making. The Netherlands, Belgium and Luxembourg are already running a pilot programme for the purchase of orphan drugs, with three companies taking part in the scheme. Meanwhile Bulgaria and Romania announced in June 2015 that they will set up a similar joint procurement programme.

A European working group on a “Mechanism of Co-ordinated Access to Orphan Medicinal Products (OMPs)” – the so-called MoCA process – has been running since 2010. EURORDIS says this has helped establishing greater dialogue between nations, but wants to see the initiative progress further.

However, the prospects of achieving agreement across Europe are not good: health policy is seen as very sensitive in each European country, with larger nations such as Germany, France and the UK keen to retain ‘pricing sovereignty’.

Microsoft, Shire to work with patient group to speed up rare disease diagnosis

Rare Disease R&D: one step forward, but a long road ahead