A device to treat urinary incontinence made by US biotech Axonics has been recommended for NHS use by NICE, which says it could save thousands of pounds in healthcare costs.

The implantable Axonics SNS (sacral neuromodulation system) device treats overactive bladder – a common cause of incontinence – by delivering electrical stimulation to the sacral nerve via a thin wire electrode. That in turn helps to correct erroneous messages sent between the bladder and the brain. 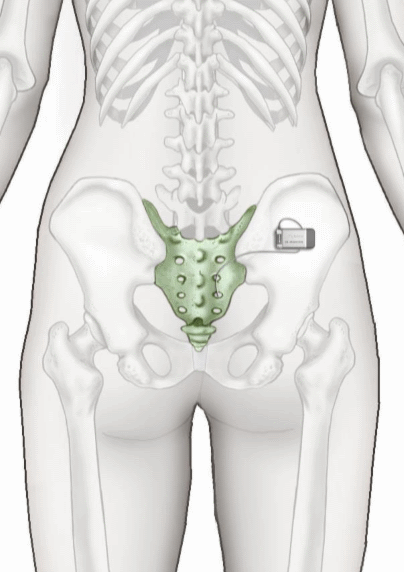 The rechargeable device is inserted under the skin in the upper buttock, and handheld controller allows the patient to activate the stimulator, control the strength of impulses, and check the status of the battery.

A top-up in charge can be delivered using a wireless charger over the skin, in most cases taking less than an hour every 1-2 weeks, says NICE in draft guidance on the Axonics device, which is open for comment until 13 March.

“Axonics SNS has potential to save the NHS around £6,200 per patient if the device lasts more than six years,” according to NICE, which says it is the only rechargeable SNM system on the market.

The company says the device shouldn’t have to be replaced for 15 years, as it should take that long for the batteries in the unit to reach the end of their useful life. It costs around £10,000 per device, and implantation costs adds another £4,000 or so to that tally.

A rival non-rechargeable SNM device available in the UK – Medtronic’s InterStim II – also costs around £10,000 but has to be replaced every three to five years because of battery depletion.

Axonics own research in the US suggests use of its device over a non-rechargeable rival would save $27,121 per patient over 15 years, and extrapolates that could save the US healthcare system $12 billion over the same timeframe.

Cost modelling by NICE suggests that six years is the point at which the device becomes cost saving compared with the current non-rechargeable system.

“Clinical trial evidence seen by our independent committee shows that Axonics can help improve quality of life for people with symptoms caused by an overactive bladder,” said Meindert Boysen, director of the centre for health technology evaluation at NICE.

“This device will last longer than the current non-rechargeable system, resulting in a cost saving for the NHS after six years of use, and, importantly for patients, fewer replacement surgeries,” he added.

NICE estimates that around 19% of people in the UK have an overactive bladder, needing to pass urine frequently with or without an uncontrollable urge. Women and the elderly are groups most affected.