A new sub-analysis of data from a phase 3 trial shows AstraZeneca’s Brilinta cuts the risk of cardiovascular death by 29% in high risk patients.

The new study will be presented at the European Society of Cardiology meeting in Barcelona, and is a welcome boost for AstraZeneca.

The company recently suffered a major setback to its oncology business with the failure of its pipeline immunotherapy combination (the MYSTIC trial), and needs its star cardiovascular drug Brilinta to keep growing.

AstraZeneca’s chief exec Pascal Soriot says Brilinta is on track to break through the $1 billion annual revenues mark in 2017, with revenues rising 28% in the first six months of the year.

However the drug has failed in several other trials aimed at expanding its licensed uses, which means it won’t hit an earlier target of $3.5 billion inannual revenues by 2023.

Analysts now believe a more realistic target is around $2 billion a year.

Nevertheless, the new sub-analysis could provide a significant boost for Brilinta, as the data suggest treating patients for longer with the drug can prevent more from suffering a second potentially fatal heart attack or a stroke.

The data from the PEGASUS-TIMI 54 trial showed patients who had had a heart attack in the last two years taking a 60mg twice daily Brilinta pill had a 29% risk reduction in CV death compared to those taking a placebo. The patients being studied were taking low-dose aspirin but still at high risk of an atherothrombotic event, a major cause of acute coronary syndrome and CV death. 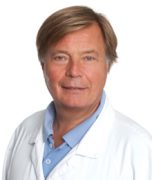 Mikael Dellborg, Professor of Cardiology at the University of Gothenburg and member of the Steering Committee of the PEGASUS-TIMI 54 trial, said: “The conclusion for both clinicians and patients at high-risk of CV death post-MI is clear: Treatment with Brilinta 60mg, either as continuation therapy after the initial 12 month post-event period, or with as limited interruption as possible, is associated with a clear and favourable benefit-risk ratio for this population of patients.”

He added: “This new insight is potentially practice-changing, as while more than seven million people worldwide suffer a heart attack each year, we know that fewer than half receive adequate long-term treatment to reduce their risk of further CV events.”

The sub-analysis of PEGASUS-TIMI 54 data also showed a risk reduction of 20% in all causes of death, and 20% in the composite of CV death, MI or stroke. As expected, major bleeding rates were consistent with the known safety profile of Brilinta.

The company is also using outcomes-based contracts to boost uptake of its cardiovascular and diabetes portfolio, signing a deal with US payer Harvard Pilgrim earlier this year.

AstraZeneca to lead workshop at Wearable Injectors and Connected Devices 2020