Merck and Pfizer have received a major boost to their immune-oncology alliance with a second FDA Breakthrough Therapy Designation for Bavencio, this time in combination with Pfizer’s Inlyta.

The US regulator has granted the accelerated status for the combination for treatment-naïve patients with advanced renal cell carcinoma (RCC).

Pfizer’s own Sutent is currently the standard of care in RCC, but a number of immunotherapy combinations are being tested to see if they can surpass the older drug.

The breakthrough status is one of the first for an immuno-oncology combination, and shows how the field is rapidly progressing.

Researchers are showing that VEGF inhibitor drugs, such as Inlyta, can help boost the response of tumours to immunotherapy (IO) treatment such as Bavencio across a number of tumour types.

“A combination approach with an immunotherapy, whose activity may complement existing agents such as Inlyta, has the potential to improve outcomes for patients with advanced renal cancer – a disease where the five-year survival rate remains low,” said Chris Boshoff, M.D., Ph.D., senior vice president and head of immuno-oncology, early development and translational oncology, Pfizer Global Product Development. 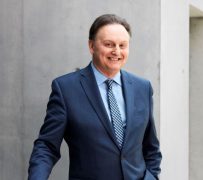 The phase 3 combination treatment study is expected to produce a read out at the end of 2018.

RCC is the most common form of kidney cancer, with an estimated 57,500 new cases diagnosed in the US in 2017.

The Breakthrough Therapy Designation is based on a preliminary evaluation of clinical data from JAVELIN Renal 100, a global phase Ib study assessing the safety and efficacy of the combination in treatment-naïve patients with advanced RCC. Updated results from the phase Ib study were presented at ASCO earlier this year.

Another company actively pursuing a similar VEGF plus IO combination in renal cell carcinoma is Roche. It is studying its Tecentriq as a monotherapy or in combination with its Avastin against Sutent.

Merck & Co. is studying Keytruda in RCC with two new agents, Incyte’s epacadostat and with Novartis’ pazopanib in the disease.

The FDA previously granted Bavencio a Breakthrough Therapy Designation in patients with metastatic Merkel cell carcinoma, in which it gained approval in May this year.

However Bavencio will need to gain a share of larger cancer therapy areas if it is to compete.

The partners are developing Bavencio in at least 30 clinical programmes and over 7,000 patients, evaluated across more than 15 different tumour types.

Other tumour types being investigated include non-small cell lung cancer, breast cancer, head and neck cancer, Hodgkin’s lymphoma, though competition in some of these therapy areas is intense, with Merck & Co’s Keytruda and BMS’ Opdivo dominating many of these categories.

NICE says no to Merck Serono’s Bavencio in bladder cancer