Martin Shkreli's $7.4m forfeit is paid, thanks to that Wu-Tang Clan album

The US government has sold off the one-of-a-kind Wu-Tang Clan album famously bought by 'pharma bro' Martin Shkreli, with the proceeds enough to wipe out his $7.4 million fine for defrauding investors.

Shkreli, the pharma entrepreneur who became notorious in 2015 for hiking the price of a lifesaving drug, bought the Once Upon a Time in Shaolin album for $2 million in 2015, but surrendered it to the US authorities in 2018 after his conviction.

He had been dubbed "the most hated man in America" for his arrogant and defiant posturing whilst acting as chief executive of Turing Pharma that followed the company's decision to raise the price of the off-patent HIV drug Daraprim by 5,000%.

Although unethical, it was not illegal – but prompted a close look at Shkreli's activities by federal authorities who became concerned about other business practices.

He was subsequently found guilty of securities fraud schemes involving two hedge funds that he ran, sending fake account statements in order to conceal huge losses. He was also convicted of manipulating the price and trading volume of stock in Retrophin, another pharma company he founded in 2011. 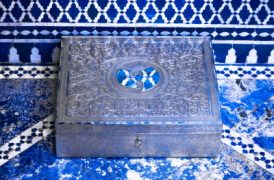 The identity of the purchaser of the Wu-Tang Clan album – and the price paid – is unknown as the contract of sale contains a confidentiality provision.

"With today's sale of this one-of-a-kind album, [Shkreli's] payment of the forfeiture is now complete," said acting US attorney Jacquelyn Kasulis, although he will of course still have to serve the remainder of his seven-year jail sentence.

"Through the diligent and persistent efforts of this office and its law enforcement partners, Shkreli has been held accountable and paid the price for lying and stealing from investors to enrich himself," she added.

Wu-Tang Clan released a single copy of the 31-track album as a reaction against what the group perceived as the cheapening of music through online streaming and widespread piracy. Shkreli had placed it for sale on eBay but was jailed before the winning bid of more than $1 million could be completed.

At the moment Shkreli is scheduled for release in October 2022, after an attempt last year to secure an early release to fight the coronavirus epidemic – branded as "delusional" by the judge looking at the request – was denied.

A Medivation executive at the heart of the company's team that sold the company to Pfizer for $14 billion five years ago is facing allegations of insider trading.