Eli Lilly has suffered a major setback after the US regulator rejected its rheumatoid arthritis pill, baricitinib, sending the company’s share price plummeting.

Lilly received a letter from the FDA rejecting baricitinib on Good Friday, the regulator saying the drug could not be approved in its current form.

The news is a surprise, not least because Europe’s regulator the EMA approved the drug  in February, under the brand name Olumiant.

The JAK inhibitor drug has shown itself to be both superior to AbbVie’s top-selling RA injectable drug Humira, and also, as a once daily pill, more convenient.

In its complete response letter, the FDA called for more clinical trial data to determine the most appropriate doses and to provide more detail about safety concerns across treatment arms.

The announcement sent shares on the New York Stock Exchange down almost $5, to around £81.30.

Biotech company Incyte, which co-developed the drug and has missed out on a $100 million milestone payment from Lilly following the announcement, is having an even worse time. Its shares slumped by more than 10% to just over $126 on the NASDAQ.

Although the FDA had delayed a decision by three months after a filing in January 2016, the regulator had been expected to approve baricitinib.

Designed as an alternative to injected treatments such as Humira (adalimumab), sales have been predicted to peak at around $2 billion.

There is no reason to suggest the drug can’t reach this figure anymore, but its many rivals will capitalise on the hold up.

Lilly will lose further ground to Pfizer, which has had a rival Janus kinase inhibitor Xeljanz (tofacitinib) approved in RA in the US since 2012, which was also approved in a patient-friendly once daily formulation last year.

Lilly said it disagrees with the regulator’s conclusion, saying that the timing of a re-filing will be based on further discussions with the FDA. 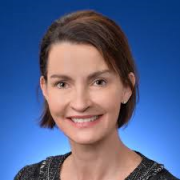 Christi Shaw, president of Lilly Bio-Medicines, said: “We are disappointed with this action. We remain confident in the benefit/risk of baricitinib as a new treatment option for adults with moderate-to-severe RA.”

“We will continue to work with the FDA to determine a path forward and ultimately bring baricitinib to patients in the US,” she concluded.

While Lilly reaffirmed its financial guidance for 2017 and the remainder of the decade, Incyte said it will evaluate the impact of the decision and provide details in a Q1 earnings call.