Held every year in London’s Grosvenor House hotel, the event on Friday was remarkable for seeing one advertising and comms agency, VCCP Health, scooping a record-breaking 10 Golds, three Silvers and three Bronze awards across the many categories.

It also won Best of Show and Best Use of Insight for its patient and public awareness work for Leo Pharma – the ‘Give Nothing to Psoriasis’ campaign.

This focuses on heart-rending stories from real life patients with psoriasis, exploring the depth of problems caused by the skin condition, including social stigma, problems with work, relationships and mental health issues in addition to the physical discomfort.

Another big winner was Lime, which was awarded two Golds.

Medical device firm Dexcom also won two Golds, one for Target Award for Advertising Campaign and Target Award for Secondary Care Advertisement. These ‘target’ awards are so named because they are judged by the target audience, giving extra kudos to these campaigns.

Also winning a Gold were a handful of other companies, including Mylan, Roche/Chugai, Sanofi Genzyme, Pfizer, GSK and Aimmune.

Although VCCP Health triumphed with a record haul of gongs, a full 25 different agencies won at least one Bronze award out of the 33 agencies represented.

The ceremony was also remarkable for a fond farewell to its longest-serving organiser, Vivien Bennett. She is now stepping down from her role behind the scenes, after having been part of the awards since their inception in the late 1980s.

Awards Chairman Neil Smith, who has worked with Vivien on the event for over 18 of those years, called her on stage to say thank you and farewell to “one of the industry’s legends”.

Commenting on the awards, Head Judge Tracey Brader said: “There were some amazing entries this year, some were incredibly well crafted which made them justifiable winners while others stood out for breaking new ground. 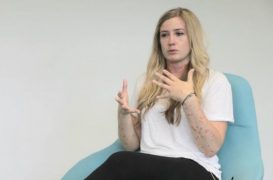 “For me the addition of the ‘Best Use of Insight’ award marked an evolution in the craft celebrated by the PM Society Awards and the Best of Show winner ‘Give Nothing to Psoriasis’ by VCCP Health for LEO Pharma demonstrated how insight and creativity coming together can really lead to emotionally-challenging and thought-provoking work.”

Brader added that the awards recognise creativity, impact and innovation across pharma and healthcare advertising and communications, and said they are still unique in including five awards judged by healthcare professionals or pharmaceutical executives, the “targets” of the work.

Craft Award for Events and Exhibitions: McCann Health for GSK

Best Use of Insight: VCCP Health for LEO Pharma