J&J has struck a deal with Chinese biotech company Genscript, giving it entry to the global market for CAR-T therapies.

Despite success in haemato-oncology with drugs such as Imbruvica and Darzalex, Janssen has been conspicuously lagging behind in CAR-T and the wider cell and gene therapy field.

Its new alliance with Genscript and its US and European subsidiary Legend Biotech should help remedy this – but the deal hasn’t come a moment too soon, as competition in this field is intensifying daily.

This is the next frontier in the CAR-T field, following the breakthrough approval of the CD19-targeting CAR-Ts, Novartis’s Kymriah and Gilead/Kite’s Yescarta this year in lymphoma.

Legend Biotech’s LCAR-B28M has shown some of the most promising results among a host of CAR-T candidates for multiple myeloma.

Data presented at this year’s ASCO  conference showed that among 35 relapsed, drug-resistant patients, 33 – 94% of patients – demonstrated clinical remission ranging from a complete to a partial response.

There was a 100% objective response rate, according to investigators, as well as signs of a durable response. This stunned commentators, as the Chinese company’s work had been little known of before.

However there is plenty of competition: GSK’s GSK2857916 has a FDA Breakthrough Therapy Designation status in this setting, and encouraging data was presented at the recent ASH conference.

Bluebird Bio and Celgene, Novartis, and Autolous also studying this class in multiple myeloma, making it a very crowded field.

J&J’s pharma division Janssen is to pay a $350million upfront payment to kickstart the alliance, but will pay much more in undisclosed if and when this and subsequent CAR-T candidates reaches the market.
Janssen will record worldwide net trade sales, except for sales made in Greater China. The companies have entered into a 50/50 cost-sharing/profit-split arrangement, except in China, where Janssen and Legend have a 30/70 cost-sharing/profit-split arrangement.

Janssen will make an upfront payment of $350 million that will be recorded in Q4 and additional payments based on development, regulatory and sales milestones.

LCAR-B38M has already been accepted for review by the China Food and Drug Administration (CFDA), putting it in pole position for approval in the world’s most populous country, and a pharma market of growing importance.
The cell therapy is also in planning phase of clinical studies in the United States for multiple myeloma. 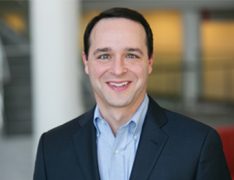 “We look forward to collaborating with the pioneering scientific team at Legend and applying our expertise to the development of this cell therapy, with the goal of building regimens aiming for a cure.”

Another emerging frontier is the use of CAR-Ts against solid tumours, and to this end, Gilead has just acquired again in the field, buying Cell Design Labs for up to $567 million.