A  new technique for gene sequencing has produced the most complete human genome ever assembled with a single technology – the nanapore, developed by UK company Oxford Nanopore Technologies.

The miniaturised device has now proven its speed and accuracy through the company’s collaboration with an international consortium of researchers, and sets the firm up for a major commercial expansion.

Its MinION device is about the size of a mobile phone, and performs direct sequencing of long strands of DNA, helping to complement existing technologies which focus on reading short sequences.

The technology works by passing long strands of DNA through a tiny hole – the nanopore – whioch reads the base pair sequence of the genetic material.

Outlined in the journal Nature Biotechnology, the development demonstrates the incredible progress in gene sequencing over the past two decades.

The miniaturisation and acceleration of the genome sequencing process is leading to a revolution in medicine, leading to ever more personalised therapies for a wide range of diseases including cancer.

The MinION sequencer was developed by Oxford Nanopore in collaboration with Professor Nick Loman of the Institute of Microbiology and Infection at the University of Birmingham, and his PhD student Josh Quick. They recently used the technology in separate research in the field in Africa and the US to trace the spread of infectious diseases Ebola and the Zika virus.

Quick, who was also involved in this latest research, was instrumental in developing the new long read method. 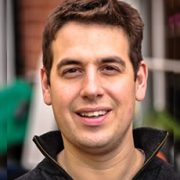 Professor Nick Loman, of the Institute of Microbiology and Infection at the University of Birmingham, said: “Until even just a year ago, it would have been impractically difficult to sequence a whole human genome, but thanks to recent advances and innovations such as nanopore technology we now have the ability to sequence very long fragments of the genome.”

He says assembling a genome is like piecing together a jigsaw puzzle, and likens the ability to string extremely long sequences together to finding very large pieces of the puzzle, making the process far less complex.

“One of the most important findings of this research was that, even though the human genome reference was completed or thought to have been completed a while ago, it still contains many missing pieces and we were able to close some of those gaps in the sequence by developing a new method for developing these extremely long reads using nanopore sequencing.”

The approach also has a significant advantage over previous methods that involved chopping up DNA into tiny pieces and stitching them back together in the correct sequence to give the full genome readout.

However the nanopore technology isn’t yet as accurate as other sequencing technologies. Another technology, called ‘nanopolish’ has been developed to improve sequence accuracy up to 99.44%. The researchers then mapped this against data from market leaders Illumina, bringing the figure up to 99.96% accuracy.

Illumina is already a hugely successful company thanks to its sequencing technology, and is expected to shortly announce 2017 earnings of around $2.69 billion.

The landmark publication in Nature and proof of concept for Nanopore’s technology is a major step forward for the Oxford-based company in its bid to challenge Illumina‘s dominance.

Considered to be one of UK’s few ‘unicorns” — an unlisted tech company estimated to be worth more than $1bn – 2018 could be the year Oxford Nanopore decides to go to market.

The field is, however, fiercely competitive, and characterised by frequent lawsuits over patents on technologies and techniques. Illumina and Oxford Nanopore have already crossed swords, having settled a case in 2016.

Another company, PacBio, launched a lawsuit against Oxford Nanopore in September, a challenge which Gordon Sanghera has dismissed as ‘meritless’ and ‘patent trolling’.