The FDA’s drive to accelerate access to new medical device technologies continues, with a new product from 3i Diagnostics receiving a Breakthrough Device Designation.

While the US regulator first launched the similar Breakthrough Therapy Designation for innovative medicines six years ago, the similar fast-track for devices was formalised in late 2017.

There has been a flurry of activity from the FDA since the start of 2018, with a new AI diagnostic for diabetic retinopathy and a biodegradable patch for surgical wounds already added to the programme.

3i’s technology is called Biospectrix, and detects and identifies bacteria directly from whole blood in less than an hour – a much faster time than standard lab tests, and a technology which could help doctors intervene and provide the right treatment before the infection worsens.

Biospectrix does not require culturing and identifies a broad range of bacteria in less than 60 mins directly from the patient sample, as opposed to the 2-6 days currently needed for culture.

Faster use of an appropriate antibiotic could help cut bacteria-related deaths complications, and treatment costs. 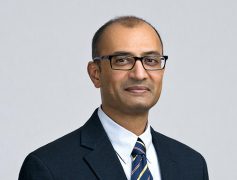 3i Diagnostics was set up by Rajesh Krishnamurthy in February 2013, and he is now its chief technology officer (CT0). Trained in chemical engineering, he previously held senior positions at drug developers Zyngenia and ImmunoGen, and spent seven years in a leadership role at Human Genome Sciences.

“We view this diagnostic as becoming a vital part of a toolkit that can be used globally to aid physicians in making treatment-related decisions i.e. if an antibiotic is necessary and, if yes, the appropriate antibiotic to use.” said Rajesh Krishnamurthy, CTO of 3i Diagnostics, Inc. 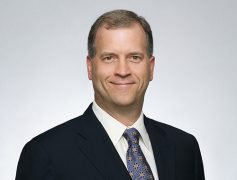 “We’re pleased to have been granted Breakthrough Device Designation for Biospectrix and look forward to working closely with the FDA to bring this diagnostic to the market as quickly as possible to address the huge unmet need for rapid broad-range bacterial identification without culturing” said James Janicki, CEO of 3i Diagnostics.

“We see Biospectrix as being a key component of the global strategy to combat the antimicrobial crisis.”

Another benefit of the technology could be in detecting sepsis, a potentially deadly complication of an infection, often bacterial, which could be prevented by faster tests.

Data from the NHS in the UK shows that there are 44,000 deaths every year from sepsis in the UK, with 14,000 of these preventable.

37% of patients that need antibiotics for sepsis are not getting them within an hour, and recent investigations found many hospitals are not carrying out screening on all patients.

3i Diagnostics’ device is also a potential candidate for England’s new Accelerated Access pathway for “strategically important, transformative products” which will be launched in April.