She joined the communications network’s New York team in 2011 after a decade as a writer and creative director, having started her career at JWT working on major consumer brands.

FCB Health Network president and CEO Dana Maiman said: “Kathleen has been an integral part of our phenomenal and unparalleled growth over the years. So it is only natural that she would step into this position.” 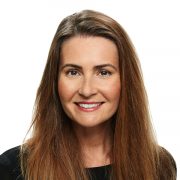 Nanda (pictured left) added: “Working closely with Dana and Rich [Levy, chief creative officer] these past eight years has given me a valuable foundation to build on as I transition into this new role.

It’s an exciting time to be at FCB Health New York and I’m thrilled to be in a position that can help us continue to build on our tremendous success.”

In addition to her new role, Nanda has also been invited to serve on the 2019 pharma jury at Lions Health, which takes place in June as part of the annual Cannes Lions festival of creativity.