The European Union has fined Teva and its neurology unit Cephalon €60.5 million for an elaborate “pay for delay” scheme that prevented cheaper generic competition for its sleep disorder drug Provigil (modafinil).

In a statement the EU said the scheme prevented generic competition for Provigil, which is used to treat narcolepsy, after its main patents expired.

The deal was agreed well before Teva bought Cephalon in 2011 for $6.8 billion and involved a complex series of transactions instead of an up-front payment.

Although Teva and Cephalon are now the same company, the case dates back to June 2005 when the firms were separate entities.

Teva introduced its generic modafinil product to the UK at half the price and Cephalon responded with an infringement lawsuit alleging infringement of its patents.

The two companies agreed to settle the dispute but as part of the settlement Teva received a package of commercial side-deals and cash payments.

In return the Israel-based pharma agreed not to compete against Cephalon and not to challenge its patents.

According to the European Commission and investigation showed that “the only reason Teva agreed to settle and not compete was that Cephalon offered to share the extra profits it would make by delaying entry".

Cephalon also offered cash payments and side-deals to induce Teva into the settled agreement, the Commission said after an investigation that included evidence from internal documents.

Examples included a “lucrative” supply contact earning Teva at least five million euros in profits, even though Cephalon could cover its needs without the additional supplies.

The Commission said Cephalon also paid a significant amount for a licence to Teva's own secondary patents, developed to pave the way to Teva's generic entry.

However Cephalon did not see a need for, or decide to ever use, the licence.

Teva said in a statement: “The Commission started investigating this agreement in December 2009. Now, nearly 10 years later, the Commission issued a decision considering that the agreement infringed competition law.

“We are currently reviewing the decision but we continue to believe the modafinil patent settlement agreement did not infringe EU competition law in relation to the principles laid out by the ECJ.  We are planning to file an appeal before the General Court.”

Teva accused of "pay for delay" deal with Cephalon.

Teva accused of "pay for delay" deal with Cephalon.

Novartis has said it will pay $245 million to resolve civil litigation in the US, which accuses it of a 'pay for delay' scheme involving generics of its high blood pressure therapy Exforge.

Novartis may have found a buyer for Sandoz; report

Just a few weeks after Novartis revealed it was considering a sale of its generics business Sandoz, there are reports that a potential buyer has already come forward.

Novartis' hopes that the Supreme Court would protect its big-selling multiple sclerosis drug Gilenya from generic competition have been dashed.

In a dramatic change in fortunes, Novartis has won a major victory in its bid to defend oral multiple sclerosis therapy Gilenya from early generic competition in the US.

Merck & Co has been fighting to defend its blockbuster type 2 diabetes therapy Januvia from generic competition for years, and a new judgment looks set to protect its third biggest-sell 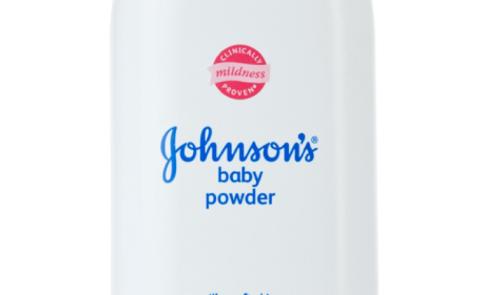 Johnson & Johnson has been cleared to continue a lawsuit filed last year against drug benefit programme SaveOnSP, which claims it defrauded a payment assistance programme for patients o

AstraZeneca followed a long and arduous road to bring its CTLA4 inhibitor Imjudo to market, and will now have to defend its new product from a patent infringement complaint brought by Brist

The 'big three' insulin producers Novo Nordisk, Eli Lilly, and Sanofi are being sued by the state of California for allegedly working together to set artificially inflated prices for their

Astellas loses bid to block Lexiscan generics in US

Novartis has said it will pay $245 million to resolve civil litigation in the US, which accuses it of a 'pay for delay' scheme involving generics of its high blood pressure therapy Exforge.

Competition is on the horizon for costly narcolepsy treatmen...

People who live with narcolepsy — about one out of every 2,000 Americans — don’t have many options when it comes to treatment.

Gilead Sciences' Kite Pharma has won a key victory on appeal in its long-running dispute with Bristol Myers Squibb over patents relating to CAR-T therapies, overturning a $1.2 billion fine

Biosimilars firm Alvotech has filed a lawsuit that challenges AbbVie’s legal defences surrounding the inflammatory disease drug Humira in the US.

Shares in COVID-19 vaccine manufacturers have taken a hit after the US signalled its support for waiving patents on them, a move aimed to boost global supplies of the life-saving shots.

The European Commission has formally opened an antitrust investigation into Teva, which will assess whether the pharma company illegally delayed launches and use of generic versions of its

AstraZeneca breathes sigh of relief as court blocks US Symbi...

A US court has upheld AstraZeneca’s patents on its respiratory drug Symbicort, blocking cheaper competition for the ageing blockbuster.

Israeli drugmaker Teva has appointed former Sandoz and Biogen executive Richard Francis to succeed current CEO Kare Schultz, who is scheduled to retire at the end of this year.

The North Ireland Protocol has been a source of tension between the UK and EU since it came into force at the start of 2021 – and, according to one pharma company, the end of the so-called

And then there were none: Regeneron cans last late-stage NGF...

The jury in a new York trial has found that Teva Pharmaceuticals played a role in fuelling the opioid crisis in the US, and should

COVID-19 demonstrated the importance of robust supply chains and the dangers of an over reliance on overseas manufacturing.