NHS chiefs in England have announced an ambitious plan to make it the first country in the world to eliminate hepatitis C – and hopes to make it possible by further squeezing drug prices.

Gilead’s Sovaldi kicked off a revolution in 2014 by becoming the first drug to offer a cure to most patients with hepatitis C, but also sparked fears of huge cost to healthcare systems globally, including Europe.

However the arrival of rival products from Abbvie, Janssen and MSD, combined with heavy discounts has helped drive down the cost of using the drugs.

NHS England in particular has been using a contract tendering process, and pharmaphorum understands this means it is paying around £10,000 for a course of treatment for a single patient, rather than the list price of around £35,000.

Now NHS England have called on the pharma industry to provide “best value for money” treatments so that the health service can step up its use of the drugs so that it can eliminate the disease by 2025 – five years ahead of a global target set by the World Health Organization.

Next month NHS England will launch the single largest medicines procurement it has ever undertaken, in order to drive down the cost of the drugs further. 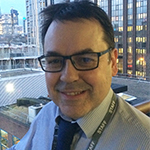 Peter Huskinson, National Commercial Director, NHS England, said: “The NHS has made major headway in the last three years in the treatment of Hepatitis C, which has enabled a once in a generation opportunity to eliminate a major disease.

“With the right response from pharma companies in the coming months, we can strike the most competitive deal possible – improving the future for patients with Hep C alongside securing the best value for money for taxpayers.”

NHS England says it aims to treat a further 5,000 patients by October on top of the 25,000 already treated, prioritising the sickest patients first.

Significantly, it has also unveiled plans to work more closely with drug companies to identify people living with Hepatitis C who need to be treated.

This approach, combined with sustained levels of investment from the NHS could lead to hepatitis C being eradicated in the near future.

They have also been launching pan-genotypic treatments, including Gilead’s Epclusa and AbbVie’s Maviret, the latter offering an eight week course in some patients.

While Gilead and its rivals still make good profits on the drugs, global revenues have flattened out, as health systems around the world face the same struggle to identify and treat the many thousands of Hep C patients in each country who remain undiagnosed and untreated.

Hepatitis C campaigners and pharma companies have until now been loudly protesting that NHS England’s restrictive use of the drugs has meant that eradication of the disease would take decades.

The new measures, including greater collaboration on finding more undiagnosed patients have been welcomed by all sides – but pharma will have to drop their prices further to be part of the programme.

Further progress in hepatitis C has included creation of 22 ‘operational delivery networks’ in each area of England.

The NHS has also established a national hepatitis C registry to record and monitor uptake, outcomes and diagnosis rates in real time. 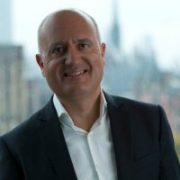 “Gilead welcomes the announcement from NHS England about its commitment to make England one of the first countries to eliminate hepatitis C. This is an ambition that we share, and we are committed to working collaboratively with all stakeholders and NHS England to bring new hope to all patients living with hepatitis C.”

One of the problems facing greater hep C diagnosis and treatment is that many people with the disease are marginalised and stigmatised in society, often suffering from deprivation, drug and alcohol problems.

This makes them hard to reach, so Gilead and other companies in the field have set up outreach programmes to test and treat these individuals.

Karagiannoglou added: “Since 2016, Gilead has invested in a team dedicated to working in partnerships with prisons, drug and alcohol addiction teams and other key stakeholders to help find and link patients with hepatitis C into care – through awareness campaigns, training and pathway support, patient management software, and awards through the Gilead Fellowship programme.”

Great to have a target for elimination but devil in the detail – what is pharma's role to 'identify more people living with hep c'? what about harm reduction and when and how will resources reach community services? Who decides?

Read our response to the @NHSEngland announcement on #hepatitisC

"We welcome this plan to make England the first country in the world to eliminate Hepatitis C by 2025, but there is a long way to go and this deal still needs to be completed"https://t.co/0tNvWOyPk9 pic.twitter.com/hVcEjKmUbc

Until now, NHS England’s tendering system has meant that there has been clear winners and losers on the pharma side, with one company winning all the business for a period, with all firms invited to tender again once this period elapses.

Whether or not this system will remain in place is not yet clear, but pharma companies will be hoping the new expansion of treatment will be a win for them as well as patients.