Analysis: The Labour Party’s decision yesterday to change its position by advocating a customs union with Europe was a very significant shift in the Brexit debate.

Ever since the referendum vote on 23 June 2016, Labour has maintained virtually the same policy on Brexit as Theresa May’s Conservative government – which meant no party representing the large proportion of the country who either oppose a ‘hard Brexit’ or still oppose leaving the EU entirely.

Yesterday saw Labour leader Jeremy Corbyn declare a new policy in favour of a customs union – a deal which would allow ‘frictionless trade’ and address the need for no hard border between Northern Ireland and the Republic.

This would represent a ‘soft Brexit’, and would also mean the UK would not be free to strike its own trade deals with non-EU countries.

“Labour would seek a final deal that gives full access to European markets and maintains the benefits of the single market and the customs union,” Corbyn said in a speech yesterday.

“We have long argued that a customs union is a viable option for the final deal.

“So Labour would seek to negotiate a new, comprehensive UK-EU customs union to ensure that there are no tariffs with Europe and to help avoid any need for a hard border in Northern Ireland.”

This puts Labour clearly at odds with Theresa May’s stated policy for Brexit, which is to leave the single market and the customs union to allow the UK to agree new trade deals and be free of the European Court of Justice’s jurisdiction.

However there are plenty of contradictions in the Conservative position on Brexit, not least because there is a split within the party between those advocating a soft Brexit and those pushing for a hard Brexit.

There are also clear flaws in Labour’s new policy – its belief that the UK could retain the benefit of the single market and the customs union but only remain a customs union member looks like wishful thinking.

That’s because the remaining EU members have made it clear that the UK cannot retain all the benefits but none of the obligations of the single market after Brexit.

One example is Corbyn’s belief that the UK could still have an active role in negotiating EU trade deals with other countries, something which the EU27 would veto.

What does it mean for pharma?

There is no question that the UK pharma and biotech industries want as close an alignment as possible with Europe. If stopping Brexit altogether is out of the question, then that means retaining as much access to the single market and customs union as possible.

Pharma trade body the ABPI declined to comment directly on Labour’s new policy yesterday. However it did refer pharmaphorum to the joint ABPI and BIA policy document from September 2016 [page 9] which stated:

“The UK should seek to maintain free trade with the EU, ideally on terms equivalent to those of a full member of the EU customs union. These terms would minimise cost and disruption by preventing customs duties, non-tariff barriers to trade or import VAT being imposed.”

However while Labour’s position addresses trade issues, it doesn’t address the question of alignment with the European Medicines Agency (EMA). Three countries – Iceland, Liechtenstein and Norway – are part of the European Economic Area, and this allows them to be fully aligned with the EMA network, meaning all drugs approved in the EU are automatically adopted in these countries.

UK industry says this is vital for its future – but a customs union is not the same as the EEA, which requires membership of the single market  (but stopping short of full EU membership status). 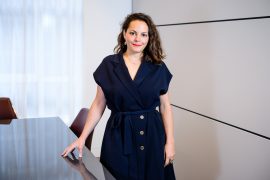 She says Labour’s new policy will undoubtedly be welcomed by pharma, as it will ensure there are no trade barriers.

But she adds: “However, it is only a partial solution which will mainly affect the existing pharmaceutical supply chain: for example, the movement of APIs and drugs already approved at the time of Brexit. It will have no direct impact on achieving alignment with the EMA’s medicines regulatory network post-Brexit.”

She says this would still require a deal to ensure new drugs and medical devices are approved and regulated in the same way, or through a mutual recognition process aligning the UK with the EEA single market as it develops.

“This alone would safeguard the development of medicines in post-Brexit Britain and patients’ ability to easily access new and innovative drugs in the future.”

However the government now looks determined to pursue an exit from both the single market and the customs union, although an alliance between Labour and Conservative rebels in Parliament could derail its plans.

The government believes it can gain “associate membership” across a range of strategic regulatory fields, including medicines and the EMA, and thereby preserve this highly valued alignment.

However the EU27 has repeatedly indicated that this kind of ‘cherry picking’ will not be allowed.

Without this alignment, the industry warns that the UK is almost certain to be relegated to a second division of markets, meaning new drugs will reach British patients later than EU patients, while some may never be launched in the UK at all.

EU-UK talks resumed earlier this month, but progress has been slow so far, with major differences still unresolved.

Given the gulf between the EU and the UK, and the rapidly diminishing time in which to bridge this gap, pharma is having to prepare for the worst case scenario.

Europe’s EFPIA and the ABPI warned last week that there was effectively one month left to agree a medicines-specific deal for the Brexit transition phase, a deadline which looks increasingly unlikely to be met.

That means most pharma companies will have to make large-scale changes to their medicine supply chain, including investing in new EU-based facilities – a move which clearly threatens long-term investment in the UK.