Apple has joined forces with Google, Facebook, IBM, Amazon and Microsoft as part of a non-profit alliance to advance Artificial Intelligence.

Established in September, the Partnership on Artificial Intelligence aims ‘to address opportunities and challenges with AI technologies to benefit people and society’ by supporting research into AI concerns such as privacy, interoperability and reliability of the technology.

The alliance is a remarkable given the huge rivalry between the technology giants, and underlines that there are society-wide barriers that no one company can tackle alone.

The collaboration also aims to support research into AI itself, improving areas such as privacy, interoperability and reliability of the technology. On Friday, the partnership announced that Apple’s Tom Gruber was joining the board. 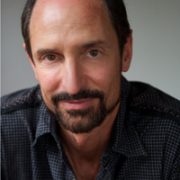 “We’re glad to see the industry engaging on some of the larger opportunities and concerns created with the advance of machine learning and AI,” said Tom Gruber, Apple’s head of development for Siri – the company’s AI assistant. “We believe it’s beneficial to Apple, our customers, and the industry to play an active role in its development and look forward to collaborating with the group to help drive discussion on how to advance AI while protecting the privacy and security of consumers.”

Amazon’s Alexa personal assistant was launched in the US in 2015, and while not strictly an AI device, represents the first steps towards automation and robot assistants in the home.  The growth of this technology, including the internet of things (IoT) will open up individuals and their data to security risks.

In healthcare, the question of the security around confidential patient data is crucially important. Leaks and hacks of patient data are increasing, and are part of wider concerns about the sharing of patient data.

Consultants Accenture forecast that cyberattacks will cost hospitals more than $305 billion over the 2015-2020 period, with one in 13 patients likely to have their data compromised by a hack.

IBM and Google have been investing resources into the development of their respective Watson and DeepMind AI platforms in healthcare. However a furore blew up last year around DeepMind’s access to patient records in England’s NHS, after it emerged it had employed a loophole around “implied consent” to gain access to around 1.6 million patient records.

DeepMind has now strengthened its governance arrangements around consent, and in November announced an expanded research deal with the Royal Free hospital in London.

The Partnership on Artificial Intelligence has also just added new members including the American Civil Liberties Union of Massachusetts, and the University of California, Berkeley. These have been invited to join because of expertise in civil rights, economics and open research.

However the stakeholder group will need to be even larger. New rules around data sharing and security need to be developed, but governments, healthcare providers and patient groups need to be involved to reassure on data security concerns.

Country focus: Hungary carves out a niche in digital pharma