Antibiotics back in vogue as Merck cuts $9.5 billion deal for Cubist

Merck & Co has offered a hefty $9.5 billion to take control of US biotech Cubist Pharmaceuticals, in another signal that big pharma’s interest in antibiotics research is returning. 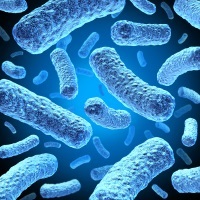 Merck is offering $102 per share for Cubist, which reported net revenues of $865 million in the first nine months of the year, and is also assuming net debt to the tune of more than $1 billion.

The US company sells a trio of antibiotics – Cubicin (daptomycin), Dificid (fidaxomicin) and Sivextro (tedizolid) – along with a drug called Entereg (alvimopan) used to aid recovery after bowel surgery.

Cubicin is far and away the company’s biggest seller, with sales now running at a rate of $1 billion per year, which, according to chief operating officer Rob Perez, is a first for an intravenously-administered antibiotic.

Merck will also take control of Cubist’s pipeline, which includes a ceftolozane/tazobactam combination for urinary tract and intra-abdominal infections and surotomycin for Clostridium difficile-associated diarrhoea, both of which are in phase III testing.

“Cubist is a global leader in antibiotics and has built a strong portfolio of both marketed and late-stage pipeline medicines,” said Merck chief executive Kenneth Frazier in a statement.

Combining the companies “will enable us to create a stronger position in hospital acute care while addressing critical areas of unmet medical need, such as antibiotic resistance,” he added.

Not so long ago Cubist seemed to be one of only a handful of pharma companies developing new antibacterial drugs as the industry abandoned them, although interest has re-surfaced amid recognition that rising levels of antibiotic resistance are threatening to become a global public health crisis.

Despite the acknowledged and growing need for new antibiotics, only two new classes of antibiotics have been brought to the market in the last three decades, as drugmakers left the high‐risk/low‐return market.

Merck is one of the few big pharma companies that has retained an R&D programme in this area, with a combination of actoxumab and bezlotoxumab in phase III trials for C. difficile infections and beta-lactamase inhibitor relebactam (MK-7655) in phase II.

Much of the work being done to develop new antibiotics is now resulting from risk-sharing public-private partnerships, such as the recently-announced €9.4 million programme being carried out by the EU’s Innovative Medicines Initiative (IMI), an alliance between the drug industry and the European Commission.

In October, several pharma companies joined public health and academic institutions in a consortium – called DRIVE-AB – that aims to marshal the reserve of effective antibiotics as well as encourage research into new candidates.