Scientists in the US have developed an artificial intelligence-powered ‘clock’ that can estimate a person’s chance of developing an illness or dying based on the pattern of cytokines in their blood.

The “inflammatory age” or iAge clock – described in the journal Nature Aging – uses a snapshot of the level of chronic inflammation in the body to predict the chances of developing cardiovascular or neurodegenerative diseases and to give an estimate of lifespan.

The idea is that as the body ages levels of inflammation start to creep up, mainly as a result of chronic damage to cells and tissues. This systemic and chronic inflammation causes organ damage and promotes vulnerability to illness.

The researchers behind the project, led by Stanford University’s Nazish Sayed and Yingxiang Huang of the Buck Institute for Research on Aging, hope that identifying people with a high iAge early on could allow them to be treated for chronic inflammation, potentially extending healthy lifespans.

The research has grown out of the 1000 Immunomes Project (KIP) being run by Stanford University, which is attempting to establish biomarkers for healthy and sub-functional immune systems.

Using data from the KIP, the AI identified a set of 50 cytokines – immune signalling proteins – and developed an algorithm to give a single-number score that correlates with a person’s immunological response and the likelihood of developing aging-related diseases. 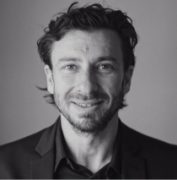 “Every year, the calendar tells us we’re a year older,” according to KIP director David Furman, the study’s lead author. “But not all humans age biologically at the same rate. You see this in the clinic – some older people are extremely disease-prone, while others are the picture of health.”

The study backs up the hypothesis that this divergence traces in large part to the differing rates at which people’s immune systems decline, said Furman, but to date, there have been no metrics for accurately assessing an individual’s inflammatory status in a way that could predict clinical problems.

One cytokine in particular called CXCL9 seemed to have the closest relationship to the iAge score, and on further study seemed to be associated at higher levels with arterial stiffness – raising the risk of  strokes, heart attacks and kidney failure – as well as excessive thickness of the wall of the left ventricle of the heart.

The finding suggests that therapies that could reduce CXCL9 might be able to “reset” the iAge clock and dampen down the chronic inflammation that leads to accelerated aging.

Image by Franz W. from Pixabay