On this day when the focus is on cancer awareness, Kelly Price gives her personal experience of being a stem cell donor for an unknown recipient with leukaemia.

When the email appeared in my inbox, I almost deleted it. Looking back, I shudder to think how the story might have been different if my itchy trigger finger had hit the delete button. Instead, I opened the message, despite the unfamiliar sender name and strange title: ‘You Are a Match’. It’s some sales gimmick, I figured. Some sort of fake free prize that I’d ‘won’ in order to hook me into a purchase.

Nothing could have been further from the truth, as the message began:

“Dear Kelly,
You are a match for a specific patient with leukaemia who is in urgent need of a stem cell transplant.”

And with those words, it all came flooding back to me… Natalie Nakatani. She was a little girl with leukaemia whose parents had run a desperate campaign through Facebook to find a bone marrow match so that she might receive a life-saving stem cell transplant. I had no way of helping Natalie directly (she is of Japanese descent, and the odds of me being a match for her were slim-to-none), but the impassioned plea by her parents for more people to join registries had truly moved me.

There was one other thing nudging me in this direction – I have devoted my career in healthcare market research to the field of oncology. It’s a therapy area that is both heart-breaking and full of hope at the same time. We measure progress in terms of months clawed back from death, at great cost to both the patient’s quality of life and pocket. Showing details of a drug that demonstrates three months’ improvement in survival can get oncologists very excited. Few therapy areas have such low bars of success that are so painstakingly eked out.

To be fair, in terms of cures for cancer, we have seen much reason for hope recently. There have been a number of advances in drug therapy in just the past three years – especially in the field of immuno-oncology, which uses both antibodies and the body’s own cells to turn the immune system against the tumour. (I’ll be writing on this in a future article for pharmaphorum.) 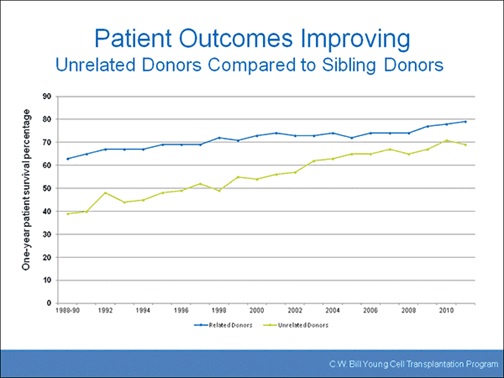 I signed up online via a charity set up by the parents of another child, Anthony Nolan. He was not able to find a match in time, so his parents set up a registry in 1974 so that other patients wouldn’t suffer the same fate for lack of a potential donor.

The process was quite simple: I filled in a form, mailed in a saliva sample… and then completely forgot that I’d ever done it. Until the email arrived.

When people hear the words ‘bone marrow harvest’, they usually think of long, thick needles being painfully injected into sensitive bones. I know I did. But the staff at Anthony Nolan assured me that the technology is now so good that it is both safe and relatively painless.

Rather than going for the old-fashioned ‘puncture’ option, which requires hospitalisation and recovery time, I could instead opt to take a course of GCSFs – a type of drug that stimulates the production of stem cells in your bone marrow – and then undergo a process that is much akin to blood donation. Blood is taken out of one arm, put into a centrifuge machine where the stem cells are separated out, and then the blood – minus the stem cells – is re-injected into your other arm. The actual donation process takes about half a day – but those few hours can mean a lifetime to the recipient. 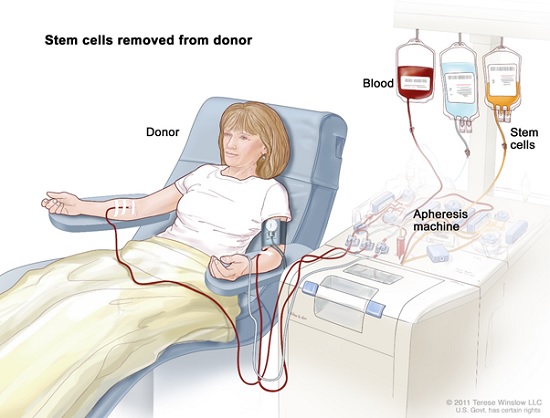 The odds of me being a match for an anonymous recipient were quite low. Most patients of Caucasian background only have a 60 per cent chance of finding a non-related donor. The statistics are worse for a minority patient of Asian or African descent, with the odds dropping to 20 per cent.

In the UK alone, someone is diagnosed with some form of blood cancer every 20 minutes and each year over 2,000 people find that treatment is no longer working and that they need a stem cell transplant.

That is why expanding donor registries is the best possible way to help these patients – patients who have a real chance of beating cancer if a match can be found. It seems such a tragedy that, despite the amazing technology we now have, lives are still lost for lack of finding a matching donor.

Six months after I donated, I received another email. This one said that my recipient was doing well. That is all I am likely to hear as they don’t often put donors and recipients in direct contact for a number of reasons that I won’t go into here. But it makes me very happy to know that I helped, however much and for however long.

And I realised that there was one other way I could help: I decided to write about my experience for pharmaphorum in honour of World Cancer Day today, a day when Cancer Research UK calls on “the entire nation to come together and unite in the fight against cancer”.

When we think of cancer awareness, we often think of pink ribbons, races, bake sales, and myriad other ways that we can get directly involved to raise both awareness of the cause and money for an eventual cure. These are wonderful efforts that have a huge effect on the amounts of money raised for cancer research. However, I wanted to call attention to this amazing – if slightly less known – way to make a difference to the lives of cancer patients in an incredibly personal and individual way. If even one person who reads this article signs up to a donor registry, then I know that these words may help to save more lives.

Join the fight, make a difference

If you are interested in joining a donor registry and potentially helping a cancer patient, visit these websites for more information:

Kelly Price is head of TPSi’s Oncology Specialist Group at The Planning Shop international. With a background in strategic consulting, she has over 10 years’ experience in oncology-specific research across the vast spectrum of tumour types. Contact Kelly on +1 215 680 8720 or at kelly.price@planningshopintl.com @theplanningshop

Have your say: What do you think of Kelly’s story?