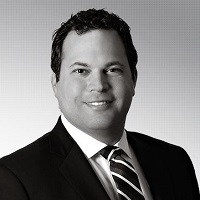 Though the recent US patent case of Impression Products v Lexmark International concerned printer cartridges, there are implications for pharma from the ruling, says Doug Robinson.

International sales activities (including those of distributors) present a serious risk to pharmaceutical companies in light of the US Supreme Court’s recent decision in Impression Products v. Lexmark International. However, that risk can be mitigated through close monitoring of distribution systems.

In Lexmark, the Supreme Court ruled that even sales outside the US ‘exhaust’ any patent rights in the products sold. In patent law, ‘exhaustion’ refers to the concept that the first sale of a patented product exhausts all rights in that product. This means, for example, that if someone buys a patented chair from the patent owner, then that purchaser can sell that chair to a third party without the approval, or involvement, of the patent owner.

Although the case involved printer cartridges, the foreign-sale aspect of Lexmark should interest the pharmaceutical industry. In many countries, pharmaceutical sales are subject to price controls (generally lower than the price in the US). Even aside from price controls, many are sold for a lower price in developing countries than that in the US. Potentially, products first sold abroad (for example, to a distributor) could be resold in the US, instead of the intended market.

Such grey market resale into the US could therefore significantly impact the pharma industry. And, after the Lexmark decision, companies should not rely on patent lawsuits to stop those sales.

The Lexmark case involved a patentee’s effort to avoid (or at least curtail) the exhaustion doctrine through contract. Lexmark holds patents covering its printer cartridges. It sold those cartridges under two alternative purchase plans: buyers could pay full price, in which case they could then resell (or refill) the cartridges without restriction; or, buyers could pay a lower price, if they agreed to not refill the cartridge and return it to Lexmark after using the ink.

Unsurprisingly, some discount buyers sold their cartridges to a third party (the eventual defendant, Impression Products), which refilled and resold the cartridges itself. Impression Products was using Lexmark’s patented products without Lexmark’s authorisation. Normally that is prohibited by patent law, but the Supreme Court found that the exhaustion doctrine insulated Impression from liability.

There were two aspects to the decision. First, the Supreme Court determined the exhaustion doctrine applied to sales that occurred in the US, despite Lexmark’s effort to limit the scope of the sale through contract law. This aspect of the decision was unanimous and non-controversial, and should not unduly affect pharma companies.

Second, though, the court found that the exhaustion doctrine applies even to products that are first sold in countries other than the US. This aspect of the decision was more surprising, and Justice Ginsburg dissented from it, arguing exhaustion shouldn’t apply to sales that were never subject to US patent law. Congress could overturn this decision by statute but, for the foreseeable future, companies must account for this decision.

So, what can companies do to mitigate the potential grey market impact of Lexmark? First, they must work to curtail grey market sales. If a company makes and distributes its own products, that limits the access of potential grey market resellers. If it outsources its manufacturing or distribution, using multiple manufacturers and/or distributors helps to limit the access of any one entity. Companies should also monitor the market (including internet pharmacies). As a part of that strategy, companies can take steps to mark product packaging to indicate the manufacturer, distributor, and intended country of sale.

Beyond those practices, the particular problems faced by Lexmark are instructive. Lexmark was in a difficult situation because its patented products were sold to, and used by, individual customers. Like most companies, Lexmark was presumably not interested in suing its own customers, even the ones who may have breached their contract by reselling their cartridges to third parties for refilling. Even if Lexmark had been willing to sue individual customers for breach of contract, the legal costs would probably have exceeded any possible damages from individual lawsuits. In the aggregate, then, legal costs for enough lawsuits to curtail the market may have been prohibitive. Lexmark’s other major problem was that it did not have a relationship with the entities that were really causing damages to its market: the distributors who bought, refilled, and resold the ink cartridges.  As a result, Lexmark lacked leverage to get those companies to stop, and thus had to resort to patent law.

Unlike ink cartridges, pharmaceuticals are, of course, not reusable. Nonetheless, the issues facing Lexmark, and the results of its litigation, can guide the pharma industry on where to focus its efforts.

Even if patients were to buy pharmaceuticals with the intention of reselling them in the US, it would probably be on such a small scale that they would not impact companies significantly. For that, and other readily-apparent, reasons, companies would be unlikely to sue individual consumers even if some sort of contract (or other) cause of action existed.

Of course, most third-party distributors value their relationships with manufacturers and will not risk those relationships by reselling in the US, even if they could, theoretically, without liability for patent infringement. Nonetheless, pharma companies should take steps to ensure their products are marked in such a way as to identify which distributor they passed through. Companies should also evaluate their contracts with distributors to ensure that those contracts prohibit redistribution into the US, so that they at least have a contract cause of action if a distributor attempts to redirect its products into the US.

Doug Robinson is Principal at Harness Dickey. Doug’s practice is focused on intellectual property contested matters in the areas of patents, trade secrets and trademarks. His experience includes all aspects of federal IP litigation, in numerous district courts and across the country.

His expertise spans every phase of the dispute resolution process. A large portion of his practice is devoted to Inter Partes Review and other proceedings before the USPTO, where he is admitted as a Patent Attorney. He has also served as litigation counsel in numerous cases under the Hatch-Waxman Act and on behalf of generic pharmaceutical companies.