Speakers at recent sales force effectiveness (SFE) conferences have highlighted the importance of line managers coaching sales teams in the field and supporting them with personal development. In a market environment where there can be few differences between products, the companies that invest in training their staff are the ones which gain through increased sales.

With many companies competing for the same market share and with minimal differences between products, success is most often defined by the quality of the commercial teams behind the products. Sadly, during times of austerity, instead of strengthening these teams through staff development, this key area is usually neglected in an effort to ‘save money and time’.

This decision often cascades into serious consequences, which can include the company failing to hit the very product sales targets that they had hoped to meet.

So what can an organisation do to guarantee that staff development continues, even in times of downsizing? One of the simplest and most effective strategies is to enable all line managers to become highly effective performance coaches. Here, ‘line managers’ means all those who have responsibility for direct reports, regardless of seniority.

A 2001 study on the impact of executive coaching by Manchester Inc. showed an average ROI of 5.7 times the initial investment (a return of more than $100,000 – according to executives who estimated the monetary value of the results achieved through coaching*). Other benefits reported by companies where performance coaching has been adopted are shown below (Figure 1).

The most interesting findings show a 22 per cent increase in profitability and a 61 per cent improvement in job satisfaction. Surely these are changes anyone managing a sales team would crave? 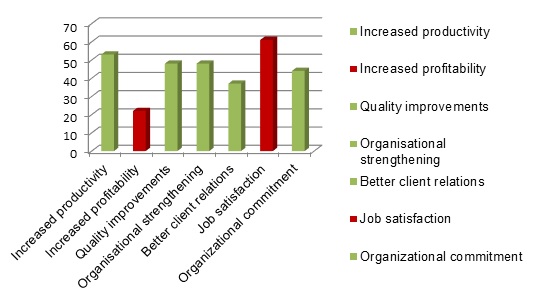 Figure 1. Benefits reported by companies where performance coaching had been adopted

Most line managers will have attended a leadership programme at some point in their careers, so the six leadership styles summarised in Figure 2 are ingrained in their behaviour and used appropriately and routinely. However, the results from a small organisational survey performed to identify ‘preferred behaviours in sales managers’ when working closely with their sales representatives, suggests otherwise. 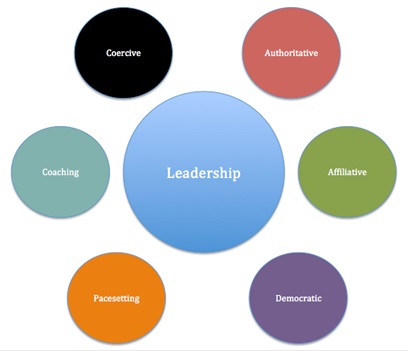 The four most common types

There was a group of leaders named ‘dictators’, who believed that they ‘ruled the roost’ and dictated what should be done. Their listening skills were limited and they tended to take a traditional approach to tasks. A typical response would be ‘Do it this way because it has worked this way in the past’. This can be interpreted as, ‘Do it this way, because I do not know any other way and I don’t like to take risks’. Though representatives knew exactly what they had to do, in many cases they were told how to do it, thereby limiting self-expression, innovation and risk taking.

The overall result of this approach was that the representatives often felt frustrated because they could not be innovative; they felt under-valued and, in some cases, threatened.

2. ‘Now you see me, now you don’t’, or ‘disappearing’ leadership

This was the most common classification reported, characterised by the manager always having other things to do and thus not spending quality time with the sales representatives. These managers attended endless meetings and trips to head office and were apparently more comfortable spending time in front of the computer, writing reports or poring over sales figures than being face-to-face with their team.

No advantages were observed for this style of leadership and all representatives reported that this was the most frustrating. Very little time was spent with them and any time that was was spent either idly chatting or issuing directives. There was no (or little) coaching, so the representatives felt they did not develop as fast as they could have done.

3. ‘Let me do it’ or ‘demonstration’ leadership

The main characteristic of this type of leadership was the inability to let people work for themselves. This type of manager loved to get back into the field and would do as many field visits as possible. They missed the customer contact and when out with the sales representatives, would immediately engage the customer and ‘take over’ the sales call. Very little coaching took place as the manager would tend to tell the representative the best way to do things, based on their previous experience and success.

However, an advantage was that, in general, the manager had been a good sales executive and had some helpful tips which helped the overall sales performance of the representative.

The coaching leaders or managers took time with their own people. Field visits were planned in advance, what each person wanted to achieve from the day was discussed, with set objectives that were frequently reviewed. Time was taken to plan high quality sales calls that were reviewed after each call. The business plan was revisited with ideas and challenges that the sales representatives may have put forward. The coaching leaders or managers could articulate the vision and support the team to implement the plan to achieve that vision. They were good listeners, always seeking to fully understand situations, challenges and issues.

Only advantages were identified for this style of leadership, but unfortunately this was the least common style identified in the survey.

Although line managers should be equipped with six leadership styles, this survey showed that, in practice, a limited number of techniques were used, the most effective of which was coaching.

Lack of coaching is a well-recognised issue in many business sectors and not a problem exclusive to commercial pharma. This situation applies to both field- and office-based personnel.

It may be imagined that in head offices coaching would be easier and more common as managers are on hand to interact daily with employees, enabling coaching to be part of a regular, ongoing dialogue, as opposed to an infrequent one-off occurrence. Unfortunately this is not the case.

So if the environment is right, what prevents solid, business-focused performance coaching from being habitual in both the field and head office settings?

One reason for a universal lack of coaching is that not everyone supports the idea because they have never been coached effectively themselves. This results in a lack of desire to coach at all levels. This lack of desire can be further compounded by a lack of training and awareness of the benefits of coaching, together with negative mind-sets that tell the individual that coaching is for ‘remedial’ individuals and that it is too time consuming. Coaching can provide substantial benefits provided it is embedded in the culture of the organisation and is routinely used by all levels of line manager in an appropriate a timely fashion.

Remember that coaching, mentoring and talking are good. Follow these six basic steps to ensure happier, more motivated people in an organisation:

2. Train them to become effective coaches and ensure that they lead by example when coaching their direct reports.

4. Include coaching in the organisation’s competency framework.

5. Monitor the effectiveness of line manager coaching by ensuring a 360-degree feedback mechanism that allows ‘coachees’ to report how effectively their managers are supporting their development through coaching.

Performance coaching is a leadership skill which cannot, and should not, be ignored. Organisations should embrace it and support the leadership to develop fully. It is not simply a ‘nice to have’ and it can be the difference between a ‘performing’ and a ‘high performing’ commercial team. Which does your organisation have?

Nikki Burgess is Global Head of Learning & Development (L&D) at Grünenthal GmbH. She is an L&D senior leader with global experience in the pharmaceutical sector, where she has spent her 22-year career, building an extensive track record in leading teams. Specialising in individual and organisational performance development, Nikki is a passionate advocate of coaching as a leadership style, to deliver a performance that exceeds expectations through a collaborative, engaging way of working.

Maureen Deehan is Section Head, Translational Research & Alliance Management, NovImmune SA. After completion of her PhD studies she has spent 20 years in leadership positions, in research and development, in both academia and industry.

Allan Mackintosh is Regional Account Manager with Grunenthal, responsible for Scotland and Northern Ireland. He has been associated with the pharmaceutical industry since 1982 and has held several roles in sales, sales training, L&D and sales management. He is a keen advocate of key account management and management coaching. He ran his own coaching and team development consultancy for nine years prior to joining Grunenthal and is the author of The Successful Coaching Manager (Troubador Press 2003)

Have your say: What value can be gained by instituting a proper coaching