Patient-led trials: a formula for success 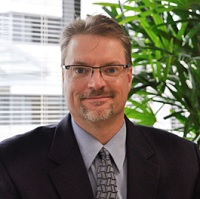 Pharma is recognising that engaging with highly motivated patients and/or patient organisations can both reduce costs and improve success in clinical trials. Craig Morgan explores the benefits and pitfalls of patient-centric and patient-led trials.

Today patients are taking more responsibility for their own care as they search the massive amount of data available on the internet. New technologies have helped them to become more connected and empowered and generate and share data. Recognising the opportunity to engage with highly motivated patients and/or patient organisations, to both reduce cost and improve success in clinical trials, pharma companies are beginning to explore the concepts of patient-centric and patient-led trials (PLCTs).[1],[2],[3]

The terminology: ‘patient-led’ and ‘patient-centric’ trials

Most clinical trials are still conducted as they always have been, with all trial-related activities being controlled and organised by the sponsor or contract research organisation (CRO), with little, if any, opportunity for patient involvement or input.

Patient involvement can best be described as a continuum. At one end of the spectrum are PLCTs, where patients take full ownership of all aspects of the study, including: recruitment, protocol development, data gathering and analysis.

Next is patient-centred research, as patient involvement decreases along the continuum, where the existing research structure remains intact, with sponsors in charge and sites conducting the research. Patient-centred clinical trials use the traditional randomised clinical trial (RCT) format, but engage with patients to more fully understand their needs, and/or to seek advice to help make the trial run more smoothly and efficiently and, ultimately, more successfully.1 In some cases, patients with the condition being studied are even brought into the process of conducting the trial – possibly helping to design the study protocol, determine important research questions or outcome measurements, facilitate effective recruitment, and so on.[4]

At the other end of the spectrum, with virtually no patient involvement, other than to serve as subjects for the study, is the ‘status quo’, or traditional RCT.

In a recent survey of 273 senior executives from the life sciences sector, 53% of respondents revealed that becoming more patient-centred in their R&D strategy was a top priority, while nearly two-thirds indicated that their company had recently increased the amount spent on learning about patients.[5] One of the key drivers of industry efforts to increase patient-centredness in clinical trials is the desire to demonstrate compelling value to both payers and patients.

Several patient-led studies have been conducted to investigate the particularly devastating neurological condition amyotrophic lateral sclerosis (ALS, or motor neurone disease in the UK), also known as Lou Gehrig’s disease. In 2008, the first patient-led study was organised as a follow-on to an encouraging phase 1 trial that treated subjects with lithium carbonate. Some 350 ALS sufferers participated in the study that was organised online, with data being collected and analysed in three-month intervals and results posted on the project’s website. Much to the dismay of the participants, reviews published at the three- and six-month intervals showed no significant evidence that lithium was effective in slowing the progression of ALS, prompting most participants to stop using the drug.[6]

Another prominent patient-led study currently being undertaken in Europe was organised by the AKU Society. Alkaptonuria (AKU) is a rare genetic metabolic disorder causing progressive arthritis of the spine and large joints. This patient-led effort is designed to evaluate optimum dose, efficacy and the optimal age to begin treatment for the drug nitisinone.[7] In what may be an effective model for future patient-led studies, this effort has partnered with groups in industry. After years of fundraising, this study finally started when it received a €6 million grant from the European Commission.

The idea of PLCTs is beginning to gain significant attention in the pharma industry with conferences dedicated to exploring how to collaborate with patients and patient groups for better trial outcomes.[8]

Challenges ahead for patient-led clinical trials

While PLCTs hold much promise for lowering costs and contributing valuable information to the drug development process, safety is an inherent challenge. Will patients be able to assess whether an experimental drug will cause harm, if the researchers and regulatory agencies are not consistently able to do so?

Another issue is bias. Members of patient organisations, like PatientsLikeMe, may not be representative of the general population. Paul Wicks, Vice President of PatientsLikeMe, noted, “when we’ve compared the PatientsLikeMe sample, for instance in multiple sclerosis, with a tertiary research centre in Boston that sees thousands of patients, we found the group of people who self-report and join PatientsLikeMe tend to be younger, are more likely to be female, and tend to be slightly better educated.”[9]

There are also several issues that tend to make pharma companies wary of patient-led trials. One example is that these types of unregulated activities may adversely affect company-initiated regulated drug development efforts already underway. Given that patient-led trials can have safety issues, the fear is that if harm occurs in a patient-led trial, entire drug development programmes could be forced to shut down based on results from one poorly-controlled trial. Additionally, there is fear that patient self-experimentation may inhibit people from signing up for RCTs; why sign up for a trial where you may get a placebo if you can obtain the experimental drug on your own?

The next generation in clinical research (and efficiency) must evolve to leverage engaged patients – a vital resource for improving the drug development process. Despite challenges associated with PLCTs, lessons have emerged from this grand experiment. By partnering with patient-advocacy groups for recruitment, follow-up, and even data collection (particularly for patient-reported outcomes), sponsors may help keep patients engaged for longer and derive higher quality data sets. With regard to data transparency, the ALS study illustrated that when patients share results with each other, efficacy and safety concerns may come to the fore more quickly.

Patient-led studies have been a disruptive force in challenging the ‘status quo’ of the RCT. In the end, it may come down to lessons learnt from this initiative to designing more patient-centric studies in the future.

Craig Morgan is Head of Marketing at goBalto.

To you it’s a document; to me it’s my life