Patent medicine has come a long way – is it too late for advertising to catch up?

An experienced marketer of FMCG brands wakes up one morning to find herself mysteriously transported to the position of Product Manager in the office of a large pharmaceutical company where she discovers that she’s been charged with the launch of a revolutionary new drug for the treatment of gout. The first thing she does is check the calendar. Yes, it’s 2012. So why does everything feel like it’s 1961? 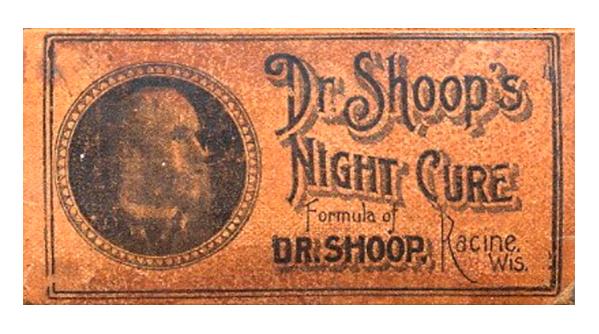 For one thing, there’re a bunch of sales reps hanging around outside waiting to be instructed on how to use their forty page detail aids. For another, her desk is littered with mailers and leave-behinds and other bits and bobs of promotional literature that look as though they were created by Claude C. Hopkins (1866 – 1932), a wizard with words but a lousy art director. Hopkins invented sampling, couponing and, most famously, “reasons to believe”. And, boy, did he love them. Two or three were never enough, his Schlitz ad has between eleven and fourteen, depending on how you count them. 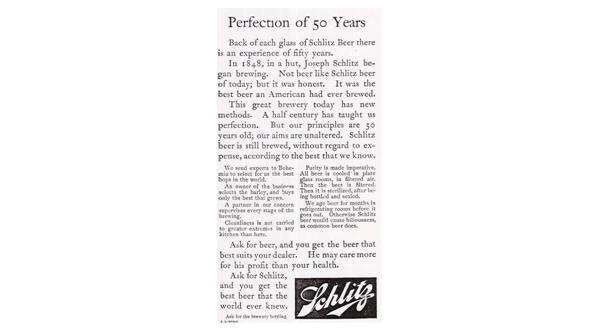 “Didn’t he write The Shining?”

She sighs. “Yes, but a slightly different Stephen King.” Titters all round. “Would you mind if I asked another question?”

“Has the internet been invented yet?”

“Hopkins invented sampling, couponing and, most famously, “reasons to believe”.”

She calls the ad agency to ask them how they’re getting on with the campaign. “Splendidly,” they say, “we’ll be sending you the branding this afternoon.”

The branding? She’s too afraid to ask. An email arrives with a PDF attached. Surrounding a white space marked “place image here” there’s a red, yellow and purple swoosh, and the brand logo in the right bottom corner embellished with what looks like a molecular diagram in the shape of a toe. Hope you like it, the note says, we’ll be sending the messages through to you shortly.

She gets the agency on the phone. “I’m not sure I understand.”

The Account Director explains enthusiastically: “No one’s ever used a branding swoosh in this shape – distinctive isn’t it?”

There’s a moment of silence at the other end. Then: “Every pharma brand has a swoosh… Some are vertical, some are horizontal, some are convex, some are concave. But no one’s done a diagonal and a vertical with a curvy little loopy thing like this one. And definitely not in red, purple and yellow.”

“That could the problem,” she says. “What I want is a brand idea.”

She calls the agency’s Managing Director. “Has your team spoken to any rheumatologists?” she demands do know.

“No. But we’ve read all the papers and we have someone here who actually understands the inflammation cascade.”

“Fine,” she says. “But do you know what keeps our customers awake at night? Do you know how they feel about their patients, or what they hope for on their behalf? Do you know what triggers their prescribing behaviour, what their consideration set is, where they turn for information, and what prompts them to find it? Do you know how they choose among treatment options, or the role brand reputation plays in their decision-making?, or how they evaluate the success or otherwise of their prescribing decisions?”

There’s a very long silence at the end of the line. “Let me put you onto Eric,” he says, “He used to work in Med-ed.”

“Well, Eric,” she says, “I was just wondering whether you or anyone else at the agency had come across response theory?”

“Well, Sarah, I was just wondering whether there was any place around here that makes a good dry martini.”

“We wouldn’t be on the market if we couldn’t demonstrate efficacy.”

First thing the next morning the Account Director’s on the phone, bright and chirpy. “You mentioned yesterday that you wanted an idea?”

“I’ve been speaking to my Creative Director and he thinks he’s got it!”

“I can hardly wait.”

Long pause. “But everyone claims efficacy,” the new Product Manager says. “We wouldn’t be on the market if we couldn’t demonstrate efficacy.”

A few hours later. “How about safety?”

Pause. “I don’t want to patronize you, Janet, but safety isn’t – and can never be – a category motivator. At best it’s a differentiator, and usually only a weak one.”

Later still. “How about powerful efficacy that’s safe and simple?”

“I’m really not convinced that that’s an idea. And what’s it got to do with gout?”

Even later. “Powerful efficacy that’s safe and simple for the treatment of gout.”

“Well, just wait until you see all the reasons to believe.”

“How many are there?”

“Between eleven and fourteen, depending on how you count them.”

“I should have guessed.”

Gordon Torr is the Managing Director of CDM London and the author of Managing Creative People (Wiley &amp, Sons, 2008), one of the top five books recommended by the International Advertising Association.

Are there some outdated ideas in advertising?