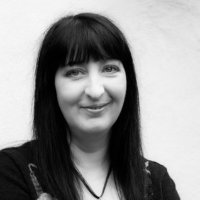 Each year 8 May marks World Ovarian Cancer Day. This article highlights the signs to look out for, latest research and a genuine ‘diary’ experience from a US patient.

Ovarian cancer takes the lives of 140,000 women annually, as lack of awareness of the symptoms means many are diagnosed when the disease is at an advanced stage. It has the lowest survival rate of all gynecological cancers as the signs can be similar to those of less serious illness and there is no proven early detection test. Only 45% of women with ovarian cancer are likely to survive for five years, compared to up to 89% of women with breast cancer.

Women who experience one or more of the below symptoms on most days within a three-week period should consult their doctor:

Women with ovarian cancer are more likely to have one or more of these symptoms frequently. Other symptoms that can occur include changes in bowel habits, abnormal vaginal bleeding, fatigue and unexpected weight loss or gain around the abdomen.

Those women more likely to get it are:

Diagnosis is through a complete pelvic examination, ultrasound and a CA 125 blood test, although a biopsy is the only definitive way to confirm it.

Treatments depend on the stage of the cancer but usually involve surgery followed by chemotherapy.

Though there is currently no reliable screening test, research has been done into testing. The UKCTOCS trial looked at ovarian cancer screening in post-menopausal women (aged 50-74). The trial compared women having no screening test with those having either a CA 125 blood test or a transvaginal ultrasound scan. Recruitment closed in 2005. Over 200,000 women took part in the trial, with 25% having the blood test for the CA 125 tumour marker, 25% having the ultrasound scan and the remaining 50% control group having no screening.

At follow-up around 11 years later, 1,282 women were diagnosed with ovarian cancer. Overall there were fewer deaths in the CA 125 group than in the control group, but the difference was not significant. Researchers concluded that further follow-up is needed.

A total of 3,563 women with increased risk took part in the first stage of the trial. Each had an ultrasound scan and a CA 125 blood test once a year. In this case, the researchers found that the gap between screening tests made a difference to the stage of cancer at diagnosis, with those having more than a year between tests being more likely to be diagnosed with a more advanced cancer.

A second part of the trial began in 2007 and is ongoing. It is investigating whether more frequent screening – once every four months – will help detect ovarian cancer earlier. The team also has a large number of blood samples from this trial to study to try to find biomarkers other than CA 125 for ovarian cancer.

Chemotherapy has been shown to work well for ovarian cancer. Research now is testing the best time to have it, the best combinations of drugs, plus ways to give it.

Monoclonal antibodies (nivolumab and ipilimumab) and PARP-1 inhibitors are also being tested for ovarian cancer applications.

Recruitment is open now for a phase 2 randomised double blind study using Oxford BioMedica’s vaccine TroVax for ovarian cancer, primary peritoneal cancer and fallopian tube cancer that has returned after initial treatment. It will recruit 75 people, half of whom will receive TroVax and the other half a placebo.

This trial will investigate whether administering TroVax after a rise in CA 125 can slow the growth of cancer and put off the start of chemotherapy. The drug works by stimulating the immune system to destroy cancerous cells expressing the 5T4 tumour antigen.
Patient perspective

“Had my first chemo on 20 January. LOVE the pre-chemo ‘cocktail’ they give. Relaxed me so much I slept through most of it. First four days after were fine. Next four, lots of nausea and threw up a few times. Doctor added two more anti-nausea meds and finally got it under control.

“I put up with it for two days. Then, we shaved my head. I do mean WE. Went in to work and sold raffle tickets. Winning ticket pulled got to shave my head! It was hilarious! Got pictures and lots of video. Plus, raised $322 to help with expenses, which I really needed.

“My ‘work son’ Andrew was the winner. Worked out good that way, I think. His mother is going through chemo for breast cancer, started losing her hair and shaved her head. He was having a hard time dealing with that. Shaving my head seemed to give him a new perspective.

“I freely admit, if I’d shaved my head at home by myself, I’d have bawled my eyes out the whole time. But, doing it at work made it easier. Everyone was cracking jokes and laughing…it was more like celebrating a milestone than doing something that was a reminder of something bad.

“One thing I’ve noticed is that the ‘stubbies’ don’t fall out as easy as full strands do once they die. Then, when I put on a scarf or hat, they get shoved down in the hair follicle and it’s uncomfortable. BUT, I found a great fix for it: a lint roller! Yes, after my shower, I stand in front of the mirror and take a lint roller to my head. And laugh myself silly the whole time!

“Turns out, I don’t look bad bald. So, I’ve opted not to bother with a wig. I use a scarf or hat outside, but go au natural indoors. And, I have to admit, I love how much time I’m saving in the shower! Especially on the days when I have no energy!

“Second chemo was 10 February. Used my chemo port for the first time as well as an IV. That was interesting. And they gave me some kind of IV anti-nausea meds since the first dose hit me pretty hard.

“Worst side effect this time was that it messed with my taste buds. For about 10 days, all I could taste was sweet stuff. Couldn’t taste meat or spicy anything. Talk about frustrating!”

The patient experience is a genuine diary entry shared privately at www.TreatmentDiaries.com. Read more, share if you like or join in the conversation. Making sure you feel less alone navigating a diagnosis is important. Treatment Diaries connects people to those who can relate and provide support.