Digital health round-up: Apple ventures into the Land of Nod

So-called 'sleep tech' made a big splash at the this year's Consumer Electronics Show in January. Several companies exhibited technologies capable of measuring sleep quality and vital signs during sleep, highlighting it as potentially the next big digital health market for expansion.

That prediction could be coming to fruition quicker than expected now that iPhone giant Apple has acquired sleep tracking firm Beddit.

The Finland-based company's product line is now integrated into Apple's portfolio, including its core technology, the Beddit Sleep Monitor 3 - a 1.5 mm strip that slips under a bed sheet to improve the user's sleep quality.

The device uses force, touch, humidity and temperature sensors to measure sleep patterns, heart rate, breathing and snoring, and sends data to an accompanying iOS app. This data is then displayed in graphs indicating how and why a user's sleep could be improved. The platform is non-invasive and, unlike many of its competitors, doesn't require the user to wear anything. 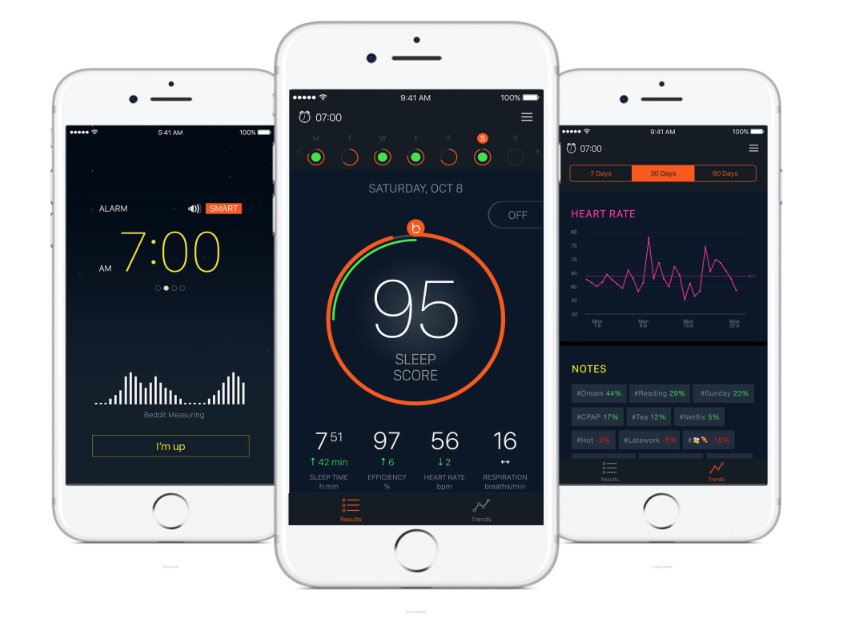 The Beddit app measures sleep quality in relation to several biometrics and can even sync with alarm clocks to ensure a better experience waking up.[/caption]

Beddit already had a relationship with Apple prior to the acquisition; its Sleep Monitor 3 is already sold through Apple's website and many of its stores. Data from the device also syncs with Apple HealthKit, meaning it can be viewed through either Apple's Health app or the Apple Watch.

Now that Beddit is officially Apple property, many are speculating over how the technology could be integrated into the firm's offerings.

The likely answer is by pairing it with a future iteration of the Apple Watch. Apple has been developing the Watch to become a complete health and wellness device in 2017, reportedly investigating ideas, including a non-invasive blood glucose sensor and potentially linked dietary intake tracking technology.

Beddit technology could be integrated into new wearables, too, including arm and wristbands that are only active when worn.

Verily's innovative projects and technologies suggest it is the perfect place to work. But that impression was dented this week with the departure of one of its high-level employees.

In 2015 Dr Thomas Insel was poached by Verily from the National Institute of Mental Health, where he had served as director for 13 years.

At Verily he worked on programmes in the mental health field, building a multidisciplinary team and shaping its vision, according to a company blog post.

Insel is launching a startup called Mindstrong, also focused on mental health. Joining him are Richard Klausner, a former director of the National Cancer Institute in the US, and Paul Dagum, former head of technology at software-as-a-service provider Elementum SCM.

Mindstrong's website offers few details of the company's aims, although three patents listed there centre on unobtrusive assessment of cognitive function via mobile and electronic devices.

Despite colorectal cancer being one of the most common causes of death in the world, screening programmes still suffer from poor uptake.

This is because people dislike the colonoscopy procedure used in the majority of bowel screening programmes.

However, new research into a revolutionary 'capsule colonoscope' could improve the procedure.

In a study supported by the US National Institutes of Health, the capsule, which is attached to a tether slimmer than normal endoscopes, was shown to be an effective means of investigating the colon in a pig model and could bend backwards to give doctors a 'reverse view' of the colon at the press of a button.

An endoscope relies on a doctor pushing the device into the rectum, whereas the capsule, after insertion into the rectum, is controlled via an external magnet attached to an algorithm-controlled robotic arm. This means less pressure than a traditional colonoscopy and therefore less need for painkillers.

The capsule's tether feature also distinguishes it from ingestible capsule cameras used in cases of incomplete colonoscopy. The tether lets doctors "perform therapeutic manoeuvres such as biopsies of tissue or polyp removal," according to lead researcher Keith Obstein.

The team is looking to begin human trials of the device at the end of next year. 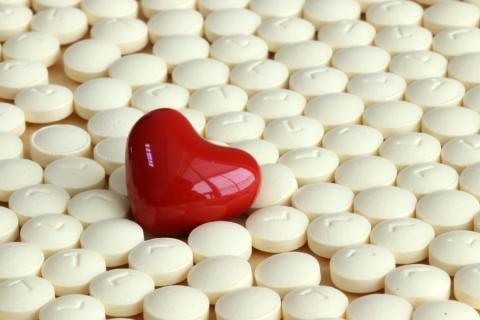 As Apple rolls out medication tracking to all iPhones, pharm...

Imagine visiting your doctor’s office. Instead of swiping a co-pay card and filling out a paper form by hand, the receptionist says, “Please bring your phone closer.