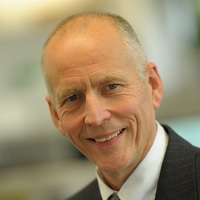 New research initiatives aim to encourage pharma and academia to collaborate on dementia drug discovery, which is a high-risk field historically.

Dementia is a global challenge, with 44 million people worldwide living with the condition. Besides the huge personal toll and impact on families, the economic burden is massive; a report in 2010 by Alzheimer’s Disease International revealed that if dementia care was a country, it would be the world’s 18th largest economy. Yet, the last drug to be licensed for Alzheimer’s disease – the most common cause of dementia – was back in 2003. There are four licensed symptomatic treatments specifically for Alzheimer’s, but attempts to find treatments that halt progressive neuronal death have not been fruitful. The failure rate for Alzheimer’s drugs entering clinical trials between 2002 and 2012 stands at 99.6 per cent (Cummings, J et al 2014).

This high attrition rate, combined with the huge costs and lengths of Alzheimer’s trials, can, in part, account for the retreat of Big Pharma from neuroscience R&D. Central nervous system (CNS) programmes in 11 large pharmaceutical companies halved between 2009 and 2014 (Choi, D et al 2014). The high risk-to-reward ratio of investment in neuroscience R&D doesn’t stop at clinical trials. Regulatory agency review times are longer than for other therapeutic areas, with the average US FDA review time for neurological drugs totalling over two years, compared to eight months for oncology treatments. This has knock-on consequences for patents and shortened market protection periods (Choi, D et al 2014).

Reducing risk for the pharma industry can take many forms. Robust pre-clinical target validation and lead optimisation is critical and Alzheimer’s Research UK (ARUK) is co-funding the Dementia Consortium, a charity-private partnership, which aims to accelerate the translation of promising targets derived from both academia and the SME field. The Consortium provides funding, resources and expertise to close the gap between fundamental academic research and pharma’s drug discovery programmes.

The field of academic drug discovery is ever-growing. Tangible successes are coming through in the field of oncology; the first effective treatment for advanced prostate cancer, Abiraterone, was discovered at the publicly-funded Institute of Cancer Research, London, and three more therapeutic agents are on the market because of work at Cancer Research UK-funded drug discovery units.

ARUK has recently funded a step-change in the UK dementia research community; a £30 million Alliance of academic Drug Discovery Institutes. The flagship institutes are based at the University of Cambridge, University of Oxford and University College London – all powerhouses with strong academic dementia research. Aimed at boosting the Alzheimer’s drug discovery pipeline, the Drug Discovery Alliance will bring together expertise in medicinal chemistry and biology to take promising academic targets through validation into lead optimisation with the aim of each institute providing one or two lead molecules over the first five years of funding.

Getting clinical trials off the ground is hugely challenging and costly, particularly within the academic research community. As part of a strategic drive to accelerate progress towards patient benefit, ARUK recently launched a unique Global Clinical Trials Fund (GCTF), open to academics across the world and SMEs working with academic co-applicants. Clinical trials are desperately needed to deliver new treatments to those living with dementia, and this dedicated scheme will provide much-needed funds to allow academics and SME collaborators to run phase I and phase II clinical trials in novel or re-purposed drugs as well as non-drug-based complex interventions.

“Research teams can access up to £500,000 for an individual trial and can use the fund to gain support from other organisations”

Research teams can access up to £500,000 for an individual trial and can use the fund to gain support from other organisations. The GCTF can also be used to finance trial ‘add-ons’ such as biomarker components for ongoing clinical trials. The scheme will allow more ideas, more approaches and more innovation to reach people affected by dementia than ever before. There are two deadlines for expression of interest a year, with the next one on 3 July 2015. More details can be found on the Alzheimer’s Research UK website or by emailing the Research team. Each application will be reviewed by a dedicated advisory panel, drawing on expertise from across the academic and industrial clinical trial landscape.

It’s a long road to developing a new medicine and economists at Massachusetts Institute of Technology have shown that the best chance of success in developing a new Alzheimer’s drug means taking as many parallel approaches as possible. Strategic investment in a range of schemes which accelerate the transition from academic laboratory to clinical practice is essential if we are to meet this global medical challenge.

Dr Eric Karran is director of Research, Alzheimer’s Research UK. He joined Alzheimer’s Research UK in 2012 and has responsibility for driving forward research strategy. Eric has extensive dementia research experience from working in the pharma industry, holding senior positions in neuroscience drug discovery research groups (most recently vice president Neuroscience Research at Janssen Pharmaceuticals in Belgium), focusing on finding therapeutics for Alzheimer’s disease. He has interacted widely with leading academic groups in the UK, Europe and the US, as well as working with public funding agencies.

Merck swings back into Alzheimer’s with $1.1bn Cerevance alliance

For neurological disease, solving measurement is the first and biggest hurdle to re-imagining treatment