Pharma needs clarity from the Supreme Court on whether the whole scope of a patent claim must be plausible at the time of the application.

February saw the long-awaited Supreme Court hearing of Warner-Lambert v Generics t/a Mylan relating to the second medical use patent of pregabalin (Lyrica) for the treatment of pain. The judgement has huge importance to the pharmaceutical industry, clarifying the test for plausibility in patent applications, and determining the approach to take when applying for, or enforcing, second medical use patents. 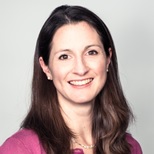 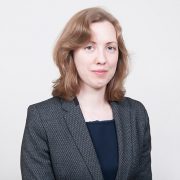 This case has gathered huge interest on its journey through the English Courts: written submissions have been made by ten interested parties and oral submissions were made by the Secretary of State for Health. Although the Supreme Court is considering a number of issues in this appeal, including abuse of process and the construction of claims, of most significance to the pharmaceutical industry is plausibility. This is the idea that it should be possible to predict the success of the invention based on the patent application: the invention must be plausible.

The question for the Supreme Court is whether the test of plausibility is, in fact, that the whole scope of the claim must be plausible at the time of the application. If parts of the claim cannot be plausibly supported by initial disclosure, can later evidence fill the gap? There is currently no clear explanation of the test, leaving those with, or considering, second medical use patents in a precarious position; if the bar for plausibility is high, and the application cannot be amended using later evidence, a patent may well be found invalid for lack of plausibility, despite the invention working across the scope of the patent.

The issue of plausibility will be most relevant to companies involved in drug repurposing. This comprises pharmaceutical products which already have approval for the treatment of one disease then being used in treatment for another. According to the Association of British Pharmaceutical Industry it costs over £1 billion to develop a new medicine, and an average of 12 years, with a one-in-5000 chance that the drug will successfully receive marketing approval. These figures are markedly improved if the toxicology and side effects of the drug are already known – the drug can be brought to market more quickly and cheaply, a clear advantage for patients and the cash-strapped NHS.

It seems indisputable that drug repurposing should be encouraged – a view supported by regulators who are now looking to encourage research into drug repurposing, most recently demonstrated by the European Commission’s STAMP (Safety and Timely Access to Medicines for Patients) Expert Group. A famous example of drug repurposing is Viagra, which was originally used to treat high blood pressure, then erectile dysfunction, and now pulmonary hypertension.

Further, drug repurposing is likely to become more prevalent as data mining and use of algorithms reveal links between diseases and potential treatments more quickly. For example, researchers at LSU Computational Systems Biology Group are using software to match existing drugs with rare disease protein structures and functions, an area which wouldn’t traditionally garner much interest owing to the area’s low profitability.

Plausibility is likely to affect repurposing because second medical use patents are often applied for early on in the development process on the basis of earlier trials establishing the side effects and toxicology of the drug. However, trials to determine the success of the drug for its new purpose are unlikely to have been undertaken for two reasons: funding and commercial imperative.

Funding can often be difficult to obtain without a patent to provide a tangible investment, but clinical trials results or other substantial evidence supporting the likely success of the drug often cannot be obtained without funding. Further, as the original drug is already on the market there are risks that another party may also be working on repurposing the drug and may file a patent application first. If it becomes more difficult to obtain second medical use patents, development in this important area could decline as a result.

Patents reward invention and innovation. Clearly it’s necessary to prevent armchair inventors patenting and monopolising inventions based purely on speculation; this is where plausibility comes in. However, the plausibility test has no statutory basis and is a relatively recent addition, with a basis in European Patent Office case law.

So far English case law has not provided clear guidance on what form tests for plausibility should take. The first UK instance of application of plausibility was in Regeneron Pharma, Inc & Bayer Pharma AG v Genentech (2013), which stated that the threshold test for plausibility is that it must be possible to predict that the invention will work, even if success has not been proven across the whole of the claim. This was followed by Merck Sharp & Dohme v Ono Pharmaceutical (2015) which set the bar lower, suggesting that a claim could be plausible if its success as a treatment generally is reasonably predictable. Actavis v Eli Lilly (2015), meanwhile, held that plausibility should seek to distinguish between credible claims and merely speculative ones, and the standard for plausibility should not be the same as the expectation for success when considering obviousness. It is expected that the Supreme Court will finally provide much-needed clarity of the test.

The decision should come in the next few weeks, but what should companies do in the interim to protect their positions? Patent applications filed now run the risk of being found invalid for lack of plausibility later, should the Supreme Court enforce a higher threshold test. However, waiting to obtain further support for the patent application may be unwise, if there is a risk that another party may submit an application in the meantime.

Ultimately the decision will be a commercial one – if funding is required to progress research into the drug and cannot be acquired without a patent, then it will not be possible to wait to obtain clinical trials. However, if the Supreme Court does set a high bar for plausibility, funders may well be less inclined to accept patents that risk invalidity in the future.

Charlotte Tillett is a partner at Stevens & Bolton LLP, and an expert in intellectual property matters. She is head of the firm’s Life Sciences sector team.

Camille Arnold is a trainee at Stevens & Bolton LLP, and works with the intellectual property team.

Biotech founder arrested in US amid murder-for-hire investigation

Exclusive Interview with ASBM Released Ahead of Upcoming Biosimilars Conference