Survey Finds Telehealth Use Will Likely Continue Beyond Pandemic 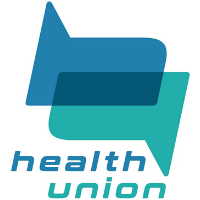 A new Health Union survey reveals that people with chronic conditions feel that telehealth, despite its convenience and increased use throughout the COVID-19 pandemic, is generally less preferable than in-person visits, but can still serve as an occasionally suitable alternative. The survey is the fifth in Health Union’s ongoing COVID-19 Consumer Attitudes and Health Behaviors Survey series that captures “snapshots in time” that track the perspectives and health behaviors of people with chronic conditions throughout the pandemic.

Telehealth use continues to increase during the pandemic for people living with chronic health conditions. Nearly three-fourths of respondents of this wave 5 survey said they have had at least one telehealth appointment, up from 63% from the wave 4 survey, which fielded in July.

Fortunately, two-thirds of respondents who have had telehealth appointments considered their experiences to be positive, with convenience being a primary reason. And 44% of all respondents said they were “extremely likely” to consider using telehealth after the pandemic is under control. This number was even higher for people living with autoimmune conditions, such as ankylosing spondylitis (61%), Crohn’s disease (61%) and plaque psoriasis (56%).

However, the survey findings reveal that increased use doesn’t necessarily translate into a clear preference for telehealth.

Read the full article on health-union.com.