Shares in UK biotech Valirx were up sharpy this morning after its lead drug VAL201 showed evidence of efficacy in advanced prostate cancer in its first clinical trial.

The company reported results from 11 patents taking part in the phase 1/2 study which showed a 54.5% overall response rate with VAL201, with a promising safety and tolerability profile. 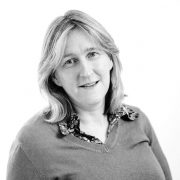 Valirx’ recently-appointed chief executive Dr Suzy Dilly pointed out that the data has been “generated using the utmost caution in sequentially dosing patients” and that future studies will try to “confirm these early indications of a positive response rate.”

Valirx now says it plans to share the data with “potential industry partners” as it decides on a path forward for the programme.

The first-in-human results are from a dose-escalation study carried out at University College London Hospital designed to get an initial view of the drug’s profile and select a dose for future, larger-scale trials.

There was one case of dose-limiting toxicity seen among the 12 treated patients, namely severe high blood pressure at the highest dose tested of 8mg/kg, but Valirx said that all doses “remain available for further testing.”

The trial involved patients with locally advanced or metastatic prostate cancer, so received VAL201 in rising doses by subcutaneous injection.

In prostate cancer, the hope is that the drug will be able to control tumours that no longer respond to other treatments like radiotherapy as well as androgen-inhibiting drugs like flutamide or bicalutamide.

AIM-listed Valirx – which has just completed a move from London to Nuneaton in the Midlands – notes that the prognosis for these patients is typically very poor, with less than half of them surviving beyond two years.

“Development of effective treatments with low-side effects for patients with prostate cancer who have relapsed after radiotherapy is essential and will improve the lives of patients during treatment,” said Professor Alan Boyd, who was the consultant pharmaceutical physician and medical monitor for the study.

Valirx’ second drug is VAL301, which has the same peptide ingredient as VAL201 and is being investigated for the treatment of women with endometriosis in preclinical development.

VAL201 meanwhile is also being tested in conjunction with other drugs for treatment of patients with a hyperimmune response to coronavirus infections.

Finding stories in data: how can all learn to speak the same language?

Placing the patient at the centre