Heads of R&D at all major pharma companies have come together to express their concerns about severe disruption to the European Medicines Agency (EMA) as it faces a Brexit-induced relocation.

The UK’s decision to leave the European Union by 2019 means that the EMA, the world’s second most important drugs regulator after the US FDA, must leave its current home in London.

The open letter, published by Europe’s pharm industry association EFPIA, is signed by 19 big pharma R&D leaders, who have called for a swift resolution to the issue.

They have urged for a decision to be made in June at the meeting of the European Council of ministers.

This summit is where the remaining ‘EU27’ will begin to decide on their collective position on a huge number of questions raised by Brexit, including the terms of the UK departure and life after 2019.

The open letter states that the EU member states have benefitted from the EMA’s co-ordination in approvals and pharmacovigilance for two decades, and warns that this mustn’t be disrupted.

“It is a stark and alarming reality that such fundamental activities would undoubtedly be impeded were the operations of the agency to be disrupted as a result of the United Kingdom’s exit from the EU.”

It added: “To put it concisely: in the event of obstruction or failure, Europe possesses no backup option.”

This warning chimes with comments already made by EMA chief Guido Rasi in the media.

Rasi says the uncertainty around its future has already prompted some staff to leave, and warns that a badly-handled transition could ultimately disrupt the approval of new medicines.

Major cities in EU27 nations, including Dublin, Barcelona, Amsterdam and Stockholm are queueing up to become the new location for the organisation, which currently around employs 900 experts at its base in Canary Wharf.

The UK’s chief Brexit negotiator, David Davis, has even suggested that the UK could retain the EMA as part of a broad negotiation with Europe’s leaders – even though this idea will almost certainly be dismissed by the EU27. 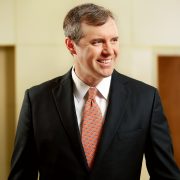 Among the signatories of the open letter are Novartis’s research supremo Jay Bradner, Elias Zerhouni’s R&D chief at Sanofi, Patrick Vallance, president of R&D at GSK and Pfizer’s Mikael Dolsten.

These leaders represent respectively a Switzerland, France (EU), UK and US headquartered firms - but an uninterrupted flow of decisions at the EMA is vital to all global companies, as collectively it represents the second most important global market, even once the UK departs.

The letter adds that the “well oiled machinery”  of the EMA continues to function with the current level of “internationally-acknowledged efficiency”.

A spokesman for EFPIA says the pharma organisation has no view on whether the EMA could stay permanently in the UK or not, or if it could remain in London after 2019 under transitional arrangements.

The spokesman said the pharma industry has been following the Brexit process with “both concern and interest,” and says the impetus for the open letter has come from its members and from the EFPIA board.

Asked if EFPIA had a view on the ideal timelines for decision-making and relocation of the EMA, the spokesman concluded: “This is a matter for the European institutions and our only concern is regulatory continuity.”

Given that the EMA is such as prized institution in Europe, competition to be its new home will be fierce. This will mean that the decision-making process will have to observe due process, which suggests that a final ‘winner’ from the process will take time to emerge.

The EMA receives 36,000 expert visits every year, and EFPIA points out that any EU city must meet fundamental logistic demands, such as having a large number of hotel rooms to host these legions of visiting experts.

UK scientists are being denied from joining the €95 billion Horizon research funding programme as a dispute over the trade border in Northern Ireland gets increasingly acrimonious.