With the second round of Brexit talks set to kick off, the pharma industry is hoping for quick progress on the vexed question of how medicines regulation will be handled on both sides of the Channel.

After the UK and EU came to an agreement over the so-called ‘divorce bill’ late last year, phase two of the talks are now getting under way.

This means senior officials from both sides will start to thrash out a deal covering the details of the legal and trade arrangements that could form the basis of a new agreement – or lead to the UK walking away without a deal.

Drug regulation will be included in this next phase of talks, and those from the industry and with an interest in healthcare are watching developments closely.

It’s now certain that the European Medicines Agency will leave its London headquarters, but the shape of drugs regulation in the UK – namely its closeness or otherwise with existing EU regulations – must now also be agreed.

At the Medicines for Europe conference in London, the message from both industry and regulators was that Brexit should be accompanied by a transitional period, with the UK’s medicines regulator the MHRA remaining closely aligned with its colleagues at the EMA’s new Amsterdam headquarters.

Marie-Helene Pinheiro, principal regulatory affairs advisor at the EMA, said that certain activities considered less essential at the agency are already being wound down in preparation for the move, which must be completed before the Brexit deadline of 19 March 2019.

Some of the agency’s public health activities are being cut back so that staff can focus on activities considered essential, namely the assessment of human medicines and ensuring the EU’s safety monitoring network is operating properly.

Employing almost 900 staff, the EMA is preparing to move into a temporary headquarters until its permanent residence in Amsterdam is ready.

Another issue is how to handle work currently done by the MHRA in service of the EMA – and Pinheiro said preparations for this are well under way.

She added: “We are also reaching agreements about the redistribution of the work which is carried out by the MHRA.”

Pinheiro said the EMA is surveying marketing authorisation holders that will be affected by Brexit. For instance, if the MHRA played a role in a centralised assessment, or if pharmacovigilance monitoring of a product is UK-based. 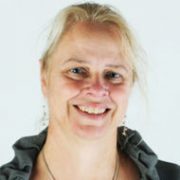 Speaking on behalf of the industry, Caroline Kleinjan, head of the EU regulatory competence centre at Sandoz, said that industry prefers a transitional period following Brexit to minimise disruption.

As ever, pharma is looking for as much clarity as possible, and as soon as possible, about Brexit arrangements.  Research-based companies and generics and biosimilar manufacturers are united in wanting the MHRA and EMA to work together as closely as possible.

A mutual recognition agreement, such as that suggested by the UK’s health secretary Jeremy Hunt and business secretary Greg Clark, would minimise disruption and bureaucracy for companies trying to market drugs in the EU and UK.

Kleinjan said: “A transitional period after March 2019 is ideal.  In respect of the EU and the UK, we think an agreement is extremely important. We hope for close co-operation and mutual recognition deals in place so that we can make decisions.”

Meanwhile, Keith Macdonald, deputy director of the MHRA’s licensing division said the regulator is prepared for Brexit – whatever the outcome of the talks.

The regulator gets about half of its income from handling filings of older generic drugs under the decentralised system – a source of revenue that would dry up in the event of a hard Brexit.

But Macdonald said that the MHRA’s fee structure is based around activity, so any reduction in fee income will be balanced by a reduction in costs.

The Brexit deal; shot in the arm or kick in the teeth for the pharma sector?