Former mobile phone giant Nokia is scaling back its push into digital health by axeing part of its virtual reality (VR) workforce.

Still a relatively new contender in the space, Nokia upped its digital health ambitions by setting up its very own Digital Health Unit last year.

The decision came at the same time as its purchase of wearables firm Withings, which it has since relaunched this summer, and a year after the launch of its 360 VR camera, the OZO.

According to the company, the latter division has seen a “slower-than-expected development”, leading to the Finnish firm now offloading up to 310 of its VR workforce – around 30% of its roughly 1090 employees.

The main casualty of the decision will be the OZO camera for which the development of further versions has now been halted.

Although not specifically designed as a health product, the potential of VR technology in health made Nokia confident the OZO would be a hit.

But the OZO has failed to catch on, with its hefty price tag of at least $60,000 one major factor.

Announcing this change of direction, the company said in a statement: “The shift deepens Nokia’s commitment to fully leverage its digital health portfolio acquired through the purchase of Withings in 2016.”

“Through a more focused, more agile digital health business, Nokia aims to have larger impact with consumers and the medical community.”

The decision will not affect Nokia’s brand and technology licensing nor its patent licensing business – something it retains a firm interest in after striking a lucrative patent deal with Apple. 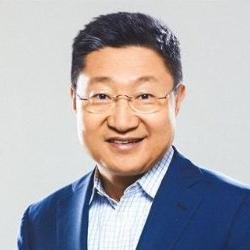 “Nokia Technologies is at a point where, with the right focus and investments, we can meaningfully grow our footprint in the digital health market, and we must seize that opportunity,” said Gregory Lee, president of Nokia Technologies. “While necessary, the changes will also affect our employees, and as a responsible company we are committed to providing the needed support to those affected.”