Merck & Co has axed two hepatitis drugs in its pipeline, a further indication that competitors think the market has peaked.

The company already markets Zepatier (elbasvir+grazoprevir), which got off to a slow start after a launch early last year.

Market leader Gilead has seen sales of its big hepatitis C drugs, Sovaldi, Harvoni and Epclusa fall sharply because of a shrinking numbers of patient being treated.

Its hep C franchise declined from around $2.9 billion in the second quarter this year from $4 billion in last year’s Q2.

In August, AbbVie launched its new pan-genomic hep C treatment Mavyret, costing $26,400 in the US for an eight week course, a deep undercutting of Epclusa’s list price of $74,760 for a 12 week course – and analysts think this move could spark a price war.

And with Janssen deciding to axe its hepatitis C collaboration with Achillion last month, Merck’s decision comes as no surprise.

While millions of hep C patients globally remain untreated, the market is no longer growing, and Gilead is moving in to other areas such cell therapies for cancer, with its acquisition of Kite Pharma announced in August. 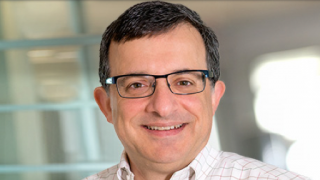 Merck is now focused on development of its PD-1 cancer immunotherapy, Keytruda (pembrolizumab), which is competing in an increasingly crowded market including Bristol-Myers Squibb’s Opdivo (nivolumab).

This was evidenced by the raft of new papers involving Keytruda published at the World Conference on Lung Cancer later this month.

Data will include studies of Keytruda as monotherapy, in novel combinations and in real-world settings.

Unlike Opdivo, which got to market slightly ahead of Keytruda, Merck’s drug is approved in the highly lucrative first-line lung cancer use.

Merck-sponsored abstracts at the conference include an updated analysis of Keytruda versus platinum-based chemotherapy in advanced non-small cell lung cancer (NSCLC).

There is also a cost-effectiveness analysis of Keytruda in first line NSCLC, based on data gathered in Hong Kong.