The FDA has marked today’s international Rare Disease Day with a number of measures to promote research and patient participation in policy and research.

Among the new measures announced, the FDA has teamed up with The National Organization for Rare Disorders (NORD), the umbrella organisation representing the 30 million Americans with rare diseases.

Their joint pilot project aims to help FDA medical reviewers better understand the experience of patients with their rare diseases.

Listening sessions will be organised through the FDA’s Patient Affairs Staff (PAS) in collaboration with NORD.

The FDA says “early and iterative engagement” can improve clinical and regulatory understanding of conditions, provide a common understanding of the most urgent patient needs, as well as inform drug development programmes. 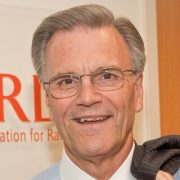 “We at the National Organization for Rare Disorders are excited about this effort to bring the rare disease patient perspective directly to FDA medical reviewers,” said Peter L. Saltonstall, president and CEO of NORD.

“These listening sessions will provide FDA review division staff with better insight into what is important to patients in managing their diseases and improving their quality of life.

“It is important for FDA to understand, from the patient perspective, disease burden, management of symptoms, daily impact on quality of life, and patients’ risk tolerance.”

He concluded: “Patients and caregivers bring a pragmatic, realistic perspective about what they are willing to deal with in terms of potential risks and benefits for new therapies.”

The FDA and NORD will now identify patient community representatives and co-ordinate listening sessions where patients can share their experiences with FDA review division staff.

More broadly, the FDA is also looking to respond to the changing science behind orphan drug development, which is increasingly driven by targeted therapies and molecularly defined diseases.

One hope is that the many lessons learned in oncology regarding targeted therapy can be transferred to rare diseases.

The FDA Commissioner Scott Gottlieb has also pledged to re-examine what represents an “appropriate application” of orphan incentives in this changing landscape.

This comes against a background of rapidly rising numbers of orphan drug designations – and increasing numbers of high cost treatments – with concerns that the industry is in some cases exploiting Orphan Drug Act incentives.

Opposed to Right to Try law

Despite the urgent need to find new treatments for life-altering and life-shortening rare conditions, NORD has joined other advocacy groups in strongly opposing a new US ‘Right to Try Act’.

New draft legislation would give access to experimental drugs that have completed phase 1 studies for patients with terminal conditions.  This builds on new laws passed in many US states, but has caused major controversy in recent weeks.

Most patient advocacy groups, pharma and biotech companies believe the draft legislation would not increase access to effective medicines, and could in fact harm patients.

President Trump and Vice President Pence have given the legislation their support, despite FDA Commissioner Scott Gottlieb making a veiled caution against the move, with others voicing strong opposition.

Kenneth Moch, President and CEO of Cognition Therapeutics testified to House of Representatives committee in October on the proposals.

He spoke for many in biotech and pharma companies, saying: “While I am a strong supporter of expanded access programmes, I am not a supporter of Right to Try legislation. In my opinion, this is feel-good legislation which gives false hope to patients in need, without actually helping them.”

As well as the support of President Trump, the legislation has the backing from powerful conservatives lobby groups, most notably the billionaire Koch brothers, despite the opposition from the medical community and patient advocacy groups.