Lawyers for the European Commission asked a court in Brussels today to fine AstraZeneca millions of euros for its “obvious”  failure to meet the terms of its contract to supply COVID-19 vaccines to the EU. 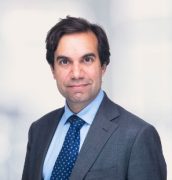 Counsel for the Commission – Rafael Jafferali – insisted during the hearing at the Brussels Court of First Instance that AZ had made no attempt to respect the terms of the contract, and accused the company of “diverting” around 50 million doses made within the EU to other markets, including the UK.

If the drugmaker fails to do so, it should be fined €10 ($12.20) for each dose below that 20 million target – per day – from 1 July unless it can meet the demand. The EU also wants the balance of 180 million doses from the contact to be delivered no later than the end of September.

Added to that, the bloc’s legal team is looking for an additional penalty of €10 million for each breach of the contract decided by the judge in the lawsuit, although that isn’t due to come under consideration until later this year.

AZ’s lawyer Hakim Boularbah told the hearing that the company had made its best efforts to meet the contract, in line with its contractual obligations.

He also alluded to the complexities of making COVID-19 vaccine, with similar technical challenges faced by other producers in Europe and around the world – and highlighted a clause in the contract which specifies that the company will not be liable for any delay in shipments.

AZ did not respond to a request for further comment on the lawsuit, but said last month that it regretted the EU’s decision to take legal action as it has “fully complied with the Advance Purchase Agreement with the European Commission.”

Another bone of contention in the litigation is the UK government’s contract with AZ, which the company says gives it first right to supplies manufactured within the UK.

The EU’s counsel argued however that the bloc’s contract specifies that it should not have other commitments preventing it from meeting the terms of the deal. He also claimed that AZ had failed in its duty to provide timely notice of the supply problems.

The EU has blamed AZ’s supply problems for the slow pace of its immunisation programme in recent months, although that is now gathering momentum.

Commission president Ursula von der Leyen tweeted yesterday that 46% of the EU population had now received at least one dose.

We made steady progress on vaccination in EU:

•300 million doses delivered
•245 million vaccinations
•46% of the EU adult population has received at least one dose.

This week we'll reach a new milestone: half of EU adults will have received their 1st dose #StrongerTogether pic.twitter.com/blxm6BLSA2

A decision on the demand for additional doses – and the possible financial penalties – is likely to be decided within a month.

And while the dispute rumbles on, the EU has already pivoted its vaccine supply priorities away from AZ, and is now relying heavily on the Pfizer/BioNTech shot.

Last week, the Commission signed a third contract with the two companies covering an additional 1.8 billion doses between the end of 2021 and 2023, and has previously said it will not order any more COVID-19 vaccines from AZ.

Ambrx tries another IPO as it chases down HER2 rivals