Steve Oldfield, the ex-UK pharma leader who has been appointed by the government to lead negotiations with the industry on its key PPRS pricing scheme, gave his first speech to a pharma audience last night.

He was giving the address as the guest of honour at the annual dinner of EMIG, (the Ethical Medicines Industry Group), which represents small-to-medium sized pharma companies in the UK. 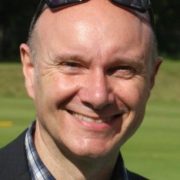 Oldfield has spent his career in healthcare businesses: hired by the Department of Health (DH) from a chief operating officer role at Procter and Gamble and Teva’s joint venture PGT, he also previously served as head of Teva and Sanofi in the UK.

He was in fact standing in for health minister Lord O’Shaughnessy, who had been called away to fly to Berlin to discuss Brexit.

Those talks are likely to touch on some of the most vital questions for the UK pharma industry regarding Brexit – including whether or not the UK will be permitted to ‘shadow’ the European Medicines Agency’s approvals.

This proposal was put forward by the industry and subsequently adopted by the government, but there is no indication as yet whether this could feasibly be included in a Brexit deal.

Reading prepared remarks from Lord O’Shaughnessy, Oldfield admitted that Brexit could cause “significant disruption and uncertainty” “if we don’t do it right” but added that the minister would “do everything possible to make the transition as smooth and undisruptive as possible.”

Oldfield had been introduced by EMIG’s chairman Leslie Galloway, who reiterated his call for a new medicines fund in England, in line with Scotland.

He said this could help pay for NICE approved medicines and those approved under specialised commissioning – potentially doing away with the need for the new NHS England NICE controls on prices.

Galloway also called for a lower tax threshold to attract new companies to invest in the UK, as well as expanding the ‘taper’ in the PPRS pricing scheme.

The current taper permits exemptions for companies with NHS sales under £5 million, but this is a contraction from previous PPRS schemes, which included companies with revenues up to £25 million.

Galloway says returning the threshold of the taper back to its old level or higher would be a clear benefit for SME life science companies, which he argues the UK sector needs to thrive.

He commented that in contrast to the Brexit negotiations – which are very much not being controlled by the UK – the country could create these and other incentives to stimulate its life sciences sector.

“We can do this ourselves; our future is in our own hands,” he concluded.

Explaining his own appointment, Steve Oldfield said it was part of a broader initiative across the civil service to introduce greater ‘commercial capability’ and expertise in to government.

This encompasses understanding the priorities of business better, but also sharpening up its procurement practices when dealing with the private sector. In this sense, Oldfield looks very much like a ‘poacher turned gamekeeper’ and will understand precisely how pharma companies operate, and will be able to drive a hard bargain.

Nevertheless, he reiterated the DH’s understanding that the UK life sciences industry was vital to the country, and needed to be supported.

The PPRS is the main agreement between pharma and the UK government which regulates drug prices, with the current annual spend around £8 billion.

The current agreement was introduced in January 2014, and is due to expire at the end of 2018, and this means both sides are now gearing up to begin talks on what should replace it.

However Oldfield was in no mood to give anything away from the government’s side, and even corrected himself when referring to the next PPRS, being careful not to suggest that that the deal would either be simply renewed. or replaced with a different deal.

“The obvious area I will be working with the industry on is the PPRS – or rather the successor of the PPRS – I am going to resist Leslie’s temptation to start negotiations this evening…thank you for the pointers!”

The PPRS provides the Department of Health with a mechanism to manage its spending, and provides a degree of predictability for the industry, but many in pharma have expressed disappointment that pledges to encourage faster uptake of new medicines have not been honoured.

The latest PPRS data from Q2 2017 shows a growth of ‘measured spend’ – the amount the medicines in the scheme cost – of over 4%, however rebates in the PPRS means the industry pays back money when it exceeds an agreed threshold.

The ABPI says the actual amount spent on those medicines has only grown at just over 1% on average per year since 2014 – a figure that the Department of Health will be keen to retain in any future deal.

The industry will only have limited leverage over the DH in these negotiations, however.  Last week the government announced new measures to implement a new Accelerated Access Pathway, however pharma execs at the EMIG dinner expressed scepticism about the initiative, saying it would do little for the industry.

Please note : this article has been updated to amend the incorrect statement that the ‘taper’ provision had been removed entirely from the 2014 PPRS.