European drug regulators are concerned about the impact of Brexit, the likely move of the European Medicines Agency from London and the uncertain status of the UK regulator on the network’s capacity.

Hugo Hurts, executive director of the Netherlands regulator, the Medicines Evaluation Board, told a generics and biosimilars conference in London that the upheavals will place more strain on the regulatory system.

The EMA has already begun to feel the impact, with key staff already leaving ahead of Brexit. However there is also concern about the future role of the UK regulator, the Medicines and Healthcare products Regulatory Agency (MHRA).

The MHRA handles a substantial part of the EMA’s workload and in the event of a hard Brexit, could leave the system and become a standalone regulator.  This would leave a shortfall in expertise within the EMA system. 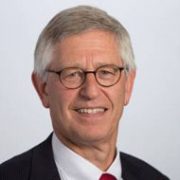 Hugo Hurts told the Medicines for Europe conference in London: “Brexit is surely going to happen, and that is very serious. We need to be able to cope with the consequences. If we are going to get Brexit the network is confronted with huge change, leaving the EMA and national competent authorities to fill the gaps. Part of the solution is that we have to be prepared to have more regulatory efficiency.”

His colleague, Stan van Belkum, in a talk on improving IT systems, said: “[Brexit] will only bring more pressure on us and we will have to work together to lower the administrative burden.”

Amsterdam is one of many European cities that has put itself forward as a potential home for the EMA in the increasingly likely event of a move out of London.

In order to streamline the system, Medicines for Europe, which represents the interests of generic and biosimilar drug manufacturers, has published its own action plan, containing a wish-list of ways to make the regulatory system more efficient.

Many of the issues facing these companies stems from bureaucracy and costs generated by national regulators, who in many cases are responsible for authorising generics individually through a decentralised regulatory process.

Generics firms at the conference were particularly concerned about the fees to the regulators to keep their drugs on the each national market.

But the fee structure varies greatly, and often they generate fees for small variations to the label of each drug. To counter this, Medicines for Europe is pushing for a flat fee structure, like the one implemented by the Austrian regulator, AGES, covering all costs of variations and related bureaucracy.

Christa Wirthumer-Hoche, head of AGES, said the flat fee structure has benefits for both pharma companies and regulators, allowing drugs companies to budget for the costs of keeping a medicine on the market, while regulators have a clear idea about their annual incomes.

Wirthumer-Hoche said: “It will be the basis for further discussion on simplifying the variation system.”

Caroline Kleinjan, chair of Medicines for Europe’s regulatory and scientific affairs committee, agreed: “We can realise fully the transparency we need at our end to keep marketing authorisations and our products alive, it will make things clear for the regulators too.”

Van Belkum’s “Rog”, a group of regulators and industry figures that aims to make drug regulation more industry-friendly, is arguing in favour of flat fees.

The group will present a business case for a flat fee structure to heads of European regulators this year, Van Belkum said.