Rare disease specialist BioMarin has agreed to acquire Prosensa and its Duchenne muscular dystrophy (DMD) candidate drisapersen in a deal valued at up to around $840 million.

The US company has made an offer to buy all of Prosensa’s outstanding stock for $17.75 per share, equivalent to around $680 million, and has also agreed to pay two $80 million milestones if drisapersen gets approval in the US and Europe within an agreed timeframe.

Drisapersen is in pole position to become the first approved disease-modifying therapy for DMD in the US after rival company Sarepta was forced to delay regulatory submissions for its own eteplirsen candidate earlier this month.

Both drugs are so-called ‘exon-skipping’ therapies, which aim to restore the function of a protein called dystrophin that is impaired in DMD. The rare genetic disease affects boys and is characterised by severe muscle-wasting that generally leads to death before the age of 30.

Eteplirsen’s delay was caused by US Food and Drug Administration (FDA) concerns about the clinical endpoints used in clinical trials of the drug, and was announced shortly after Prosensa filed a ‘rolling’ marketing application for drisapersen last month.

Meanwhile, in Europe, PTC Therapeutics recently became the first company to secure approval for a DMD therapy after its Translarna (ataluren) product was cleared by the European Medicines Agency (EMA) to treat a different form of DMD caused by ‘nonsense’ mutations.

BioMarin’s milestone payments are dependent on drisapersen securing approval in the US before 15 May 2016 and in Europe no later than 15 February 2017. 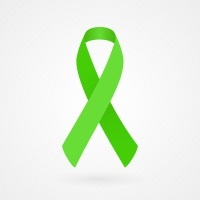 “We will leverage our experience at developing rare disease therapies to achieve regulatory approvals and bring drisapersen to market as quickly as possible,” he added.

The prospects for drisapersen looked somewhat rocky a few months ago after a failed late-stage study which resulted in former partner GlaxoSmithKline returning rights to the drug but, after close discussions with the FDA and an agreement to review the drug based on surrogate endpoints, Prosensa was able to get the programme back on track.

Drisapersen is being developed for around 13 per cent of DMD patients who will respond to skipping of exon 51. Prosensa is applying its drug discovery platform to seven other drug candidates for other forms of DMD, and also has preclinical programmes in Huntington’s disease and myotonic dystrophy.