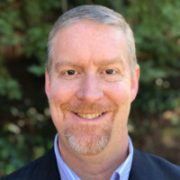 Now, Grossman has crossed over to Gilead to oversee its clinical-stage cancer projects and in particular to take the lead on the alliance drugs, which include anti-TIGIT antibody domvanalimab (AB154), PD-1 inhibitor zimberelimab (AB122), and etrumadenant (AB928), a dual A2a/A2b adenosine receptor antagonist.

Gilead took rights to zimberelimab straight away, and is still deliberating whether to opt into the other two drugs. Last month Arcus reported top -line phase 2 results with the TIGIT drug that it said warranted taking it forward into a phase 3 programme, but so far there’s no word from Gilead on a buy-in.

TIGIT assets have become hot property in the pharma industry, attracting some sizeable deals of late involving GlaxoSmithKline/iTeos and Bristol-Myers Squibb/Agenus, although Roche is currently thought to be leading the charge with its in-house candidate tiragolumab in phase 3.

Under the terms of the deal, Arcus received $375 million upfront, with another $1.225 billion in opt-in and milestone payments tied to clinical-stage candidates, which also include AB680, a small-molecule CD73 inhibitor that Arcus says is first in class.

In a statement, Arcus said Grossman is being replaced as CMO by Kartik Krishnan, previously head of clinical development, and that the two would “work closely” after the transition, which is due to take place on 26 July.

“In his new role, Grossman will be Arcus’s point of contact at Gilead for development activities across the Arcus programmes,” said the statement, which also noted that its CMO had been consulting with Gilead since last December.

Krishnan joined Arcus in 2019 after earlier roles at Astex, Genentech, FivePrime Therapeutics, BioMarin and Amgen, and was previously assistant professor of haematology and oncology at the University of Arizona.

In an SEC filing, Arcus said Grossman would provide consulting services to Arcus for a period of up to three months.

Gilead has been steadily adding to its immuno-oncology pipeline since its $12 billion takeover of Kite Pharma in in 2017, and also bought Forty Seven for $4.9 billion last year to claim ownership of magrolimab, a CD47-targeting antibody in trials for blood cancers.

Does draft RCT guide set the scene for future trials?