Scotland has been urged to prioritise investments in the country’s pharmaceutical R&D and manufacturing in order to secure growth in the sector.

Alison Culpan, the new director of ABPI Scotland, made the comments following a new Fraser of Allander Institute analysis mapping the contribution of the pharma industry to Scotland.

​​​‘The economic contribution of the Pharmaceutical Sector in Scotland​’, commissioned by industry organisation ABPI Scotland, shows that researching, making and distributing medicines is worth £2.7 billion a year to Scotland’s industrial output.

The FAI report states that the pharmaceutical industry employs 5,043 people in Scotland and indirectly supports 16,482 jobs elsewhere in the Scottish economy.

This is often in parts of the country where job prospects are weaker than for the country as a whole – such as North Ayrshire.

The average productivity of a Scottish pharmaceutical industry employee in 2015, expressed as Gross Value Added (GVA), is £112,364, more than double the Scottish average (£49,708).

At a UK-level, Scotland’s pharmaceutical sector has also accounted for an increasing proportion of the UK pharmaceutical industry turnover and employment.

This increased share of turnover has also had a significant impact on the total UK share of pharmaceutical industry employment, with data demonstrating that the industry in Scotland now supports 9.3% of total UK jobs (in 2015) up from 5.1% in 2008.

One example of a pharma company expanding in Scotland is Japan’s Kyowa Hakko Kirin, whose UK subsidiary earlier this year decided to expand its operations in Galashiels. 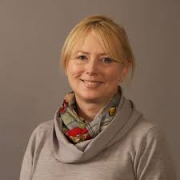 Director of ABPI Scotland, Alison Culpan, said: “This new Fraser of Allander analysis highlights the vital contribution Scotland’s pharmaceutical industry makes to the health and wealth of our economy. We are a sector that Scotland should be proud of – contributing far higher levels of productivity than the national average, employing people in highly skilled jobs across the length and breadth of the country, often in disadvantaged or rural areas.”

“As we navigate the challenges of leaving the EU, it’s more important than ever for the Scottish Government to be ambitious, working in collaboration with ABPI Scotland, our members and the wider Life Sciences community, to secure an environment for our industry to flourish, ultimately reaping rewards for patients and our economy.”

Report suggests UK’s national vaccine facility is on the block